Actually, all the soup for you. You can have all of it. Just not mine.

In an attempt to be healthy AF (I’m traveling to Arizona next month and would like to look less like the Michelin man and more like early 2000s Britney) I’ve started eating out less and cooking more. Oh, and saying yes when people invite me to 5:45am workouts (note to self: don’t make this a habit. I was seeing double by the time 4:00pm rolled around and almost took a nap in the bread aisle at Jewel). 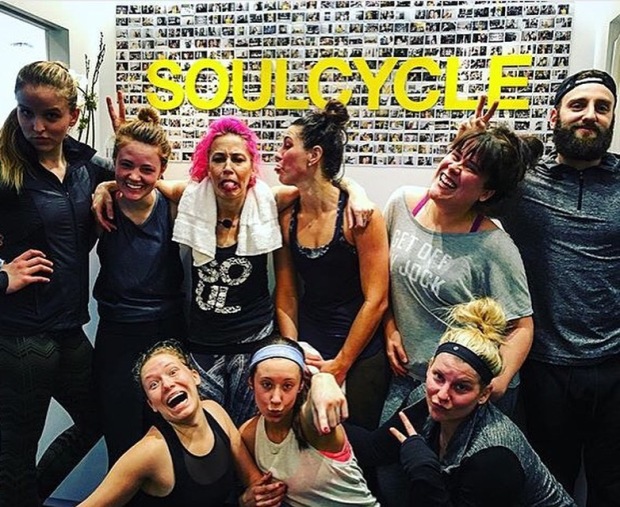 Unfortunately our morning meeting at one of the other manager’s apartments had coffee and donuts waiting so Michelin man won again. Maybe tomorrow. 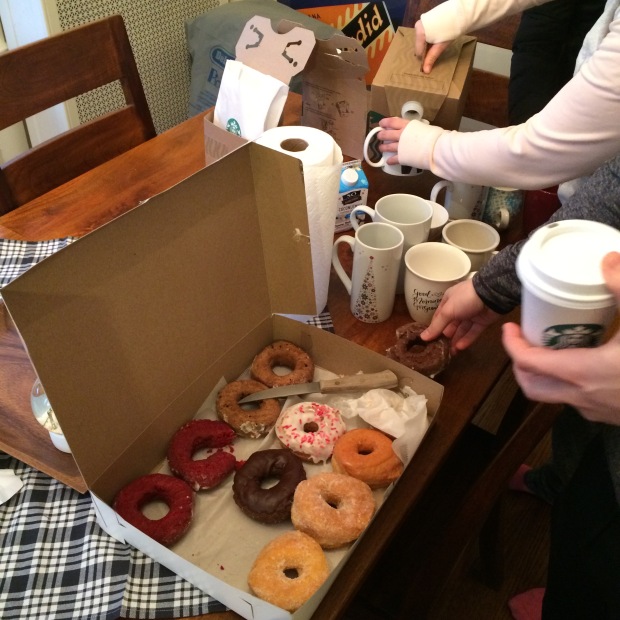 Regardless of how many baked goods I am offered I will never stop my ferocious attempts at being domestic in my own kitchen. While making my grocery list today I had a craving for soup and after a quick Pinterest scroll I landed on Jen’s Sweet Potato and Cauliflower Soup.

It is pretty easy to assemble — peel and cube two sweet potatoes, chop up one head of cauliflower and one onion, top with thyme, paprika, red pepper flakes, and salt and pepper, and then let it simmer in chicken broth and its own goodness for five hours. 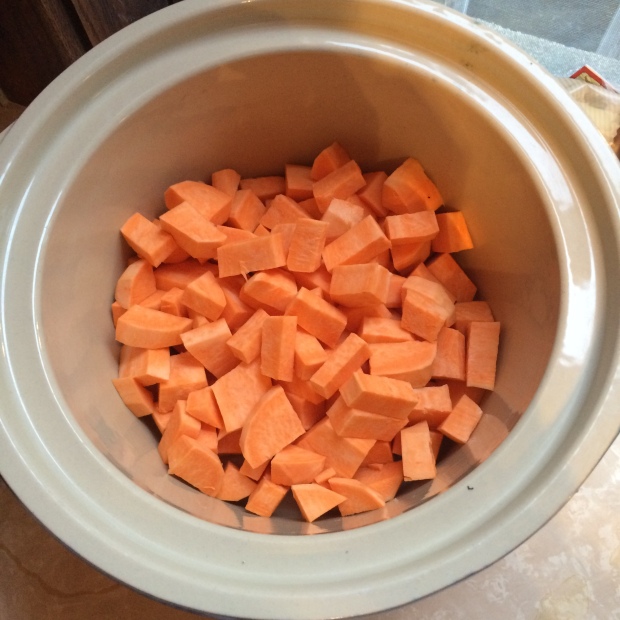 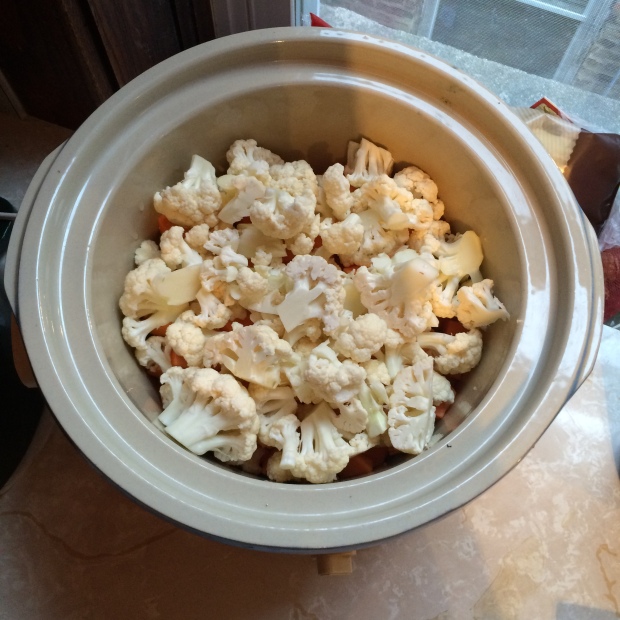 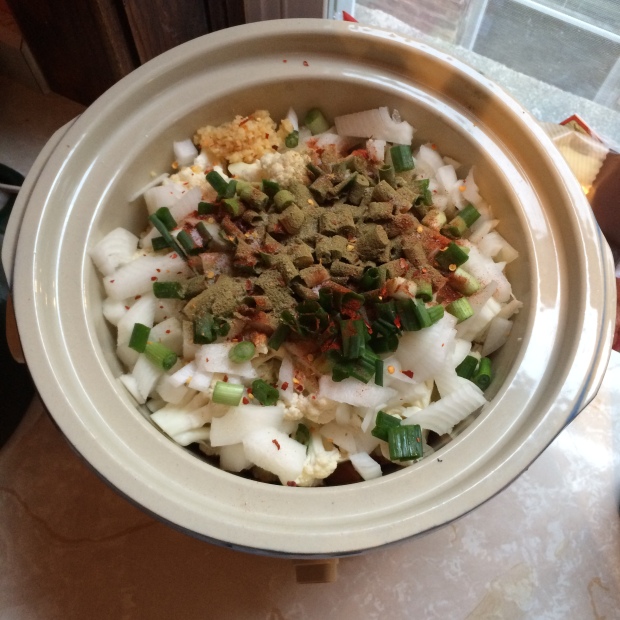 After all the veggies were tender I turned off the crockpot and added two cups of milk and 2 oz of cream cheese, just enough fat to make this a stick-to-your-ribs kind of soup, nothing crazy. Then I worked in batches and putting liquid and veggies in my NutriBullet and blended until the soup still had a bit of texture before sprinkling it with a final touch of salt and then calling it a day. 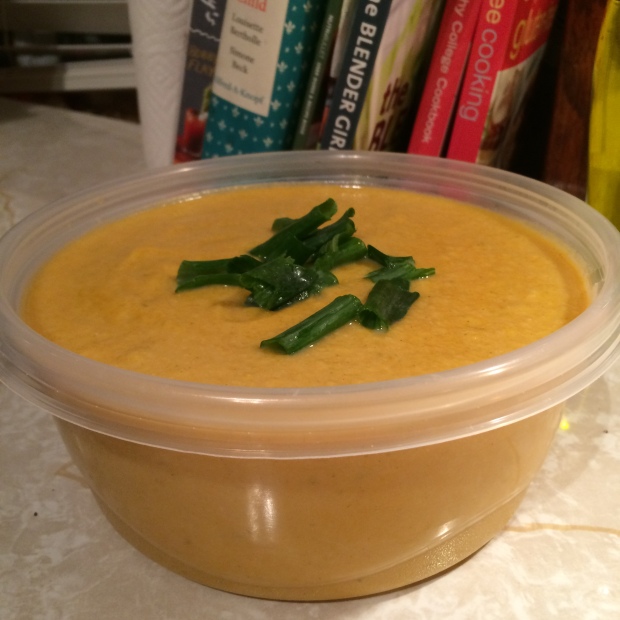 I know what I said about wanting the holidays and winter to be over with, but the thought of there being fewer and fewer soup days in the upcoming months actually made me sad today after trying this soup. It’s that good. It’s so, so good. So no soup for you. All for me. Unless you make it yourself. Then…can I come on by?