It’s been awhile since I’ve shared a day of eats, and while they can get old pretty fast, I think it’s fun to see what other healthy living bloggers eat with their busy schedules. Everyone’s idea of healthy differs, and it’s interesting to see what those ideas are.

You know that one spice that you can barely pronounce or describe but you just know when it’s in something you’re eating? I know a lot of people who can’t stand the taste of cilantro and if a dish even has a hint of the herb, they’re done. That’s how I am with tumeric. For awhile now I’ve been on the fence about it — I didn’t love it, I didn’t hate it, but it’s ususally the only thing I can taste when it’s in a dish.

For breakfast the other day I needed something quick before a doctor’s appointment. Luckily a KitchFix just opened up on State Street so I stopped in a paid way too much for a smoothie. Thank goodness it was a good smoothie but damn — I hate when meals where I don’t have to chew cost more than a Chipotle burrito. Just gonna leave that there…

The smoothie was actually killer — “The Golden” has organic coconut milk, raw honey, orange, ginger, flaxseed, and tumeric. The tumeric is the most prominent flavor in there and it changed my mind on the spice. The flavors were great and it wasn’t too sweet, which normally would turn me off because I love my smoothies to taste like dessert. But it was just sweet enough to keep me interested and I automatically felt healthier drinking it so win-win.

I did all my grocery shopping and some food prep for the week (it was my day off since I work weekends). I had scrambled eggs and a Kashi waffle + jam on the side while I did my work (plus some pistachios on the side). 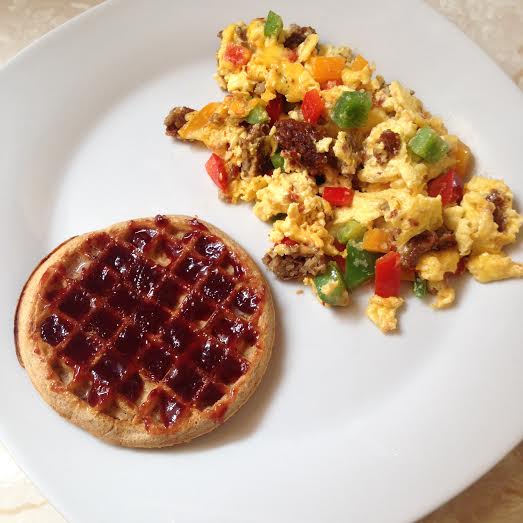 Food prep included pumpkin bites that came from mixing pumpkin, oats, an egg, tons of random spices and chocolate chips in a bowl and throwing them in the oven. They actually turned out great! I love how pumpkin keeps desserts from drying out. 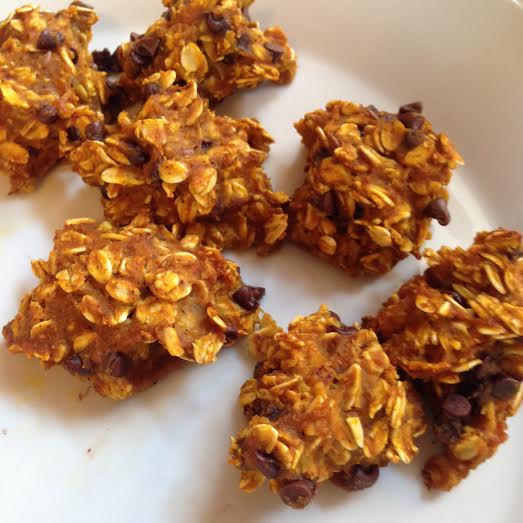 I also kept up my lucky streak of “throw everything together and hope for the best” and made some Crockpot Chicken Tortilla Soup. I’m sure there are 100 recipes out there but I should definitely share this one because it was so good! It’s also 90 degrees out so I’m not sure why I was craving soup, but I went with it.

That night I met up with my guardian angel Brigitte for a nine miler along the lake. It felt like I was running in a sauna but we made it happen. Thank goodness for this girl otherwise I definitely would have stopped after half a mile — it was hot, sticky, and there were gnats everywhere. I must have eaten at least a dozen and they kept sticking to my sweaty skin as I ran. Nasty. 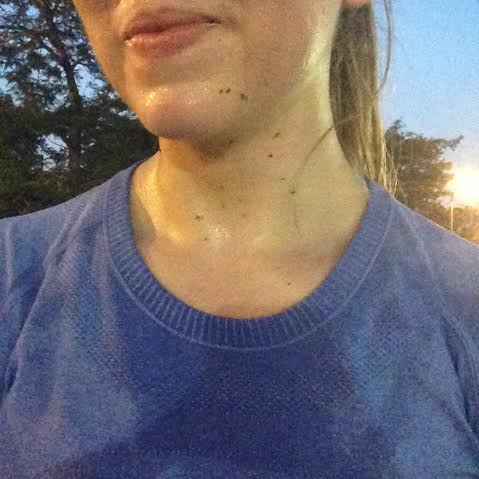 I’m normally not a fan of nighttime runs but it sure is cool when they start off sunny and humid and end with this view, the skyline lit up in the moonlight. Absolutely beautiful.

I stopped at Walgreens to pick up a Gatorade (there’s nothing more refreshing after a long run), hobbled home, and immediately threw dinner together (eating copious amounts of guacamole while I made it — I’m not the only one who does that right? Appetizers are the best part of dinner….) 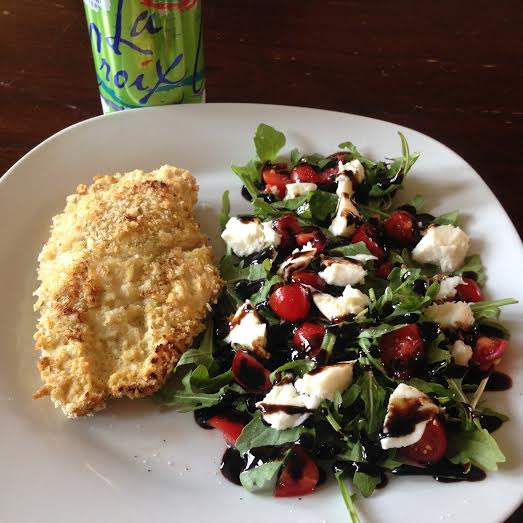 My favorite meal lately: baked chicken (garlic, dijon, and panko) + arugula salad with cherry tomatoes, buffalo mozzarella, and EVOO + balsamic glaze. I could eat this meal for the rest of my life (and I probably will because it’s so easy and pretty darn cheap for how fancy it looks). Dessert was a few too many peanut M&Ms, but I gave up feeling bad about that years ago. M&Ms bring me happiness, so I’ll never compromise on that.

It was my favorite kind of day — any day when I can grocery shop, prep food for the week, watch The Kardashians, and run makes me all kinds of happy.