What started on Friday night as a “Holy crap I’m burned out someone get me a glass of wine” kind of weekend turned out to be jam-packed with fun. I honestly didn’t want to leave my house after getting home Friday night. I had grand plans of seeing a cover band and causing all-around shenanigans but I ended up parked on my couch sending out depressing snapchats about the whole ordeal. Yes I took a screenshot of my own snapchat. I now know how to save it, so no need to educate me. I am technologically challenged. 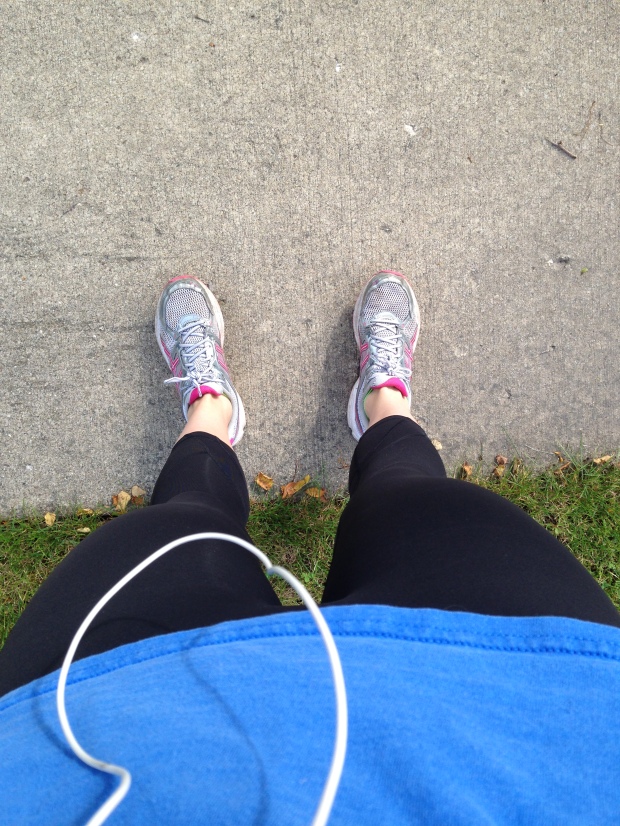 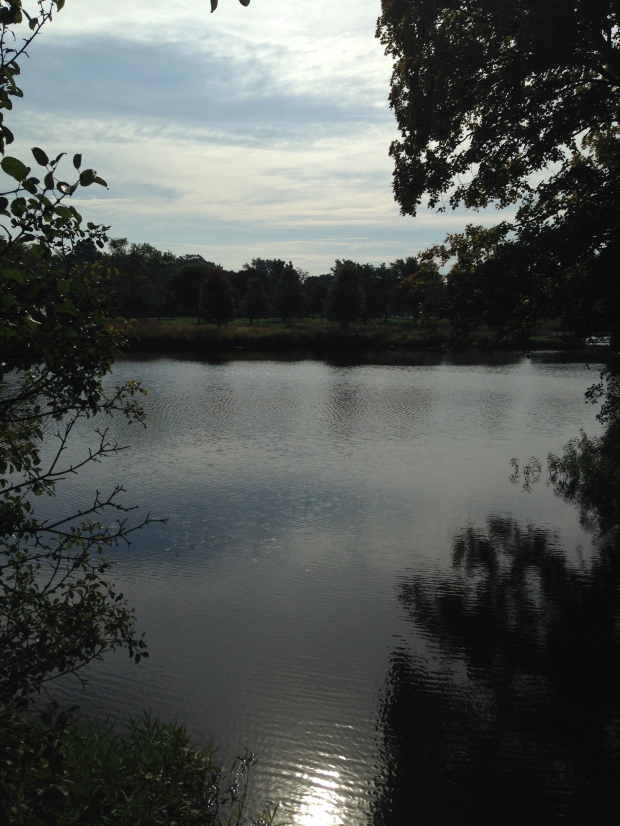 Saturday was the usual run, eat, work, but I did have a chance to go out with some friends that night which was fun. I was NOT happy about my 5:30am wake-up call on Sunday morning but hey, sometimes you have to sacrifice sleep in order to pretend you still have a social life.

Sunday was where the real action happened. 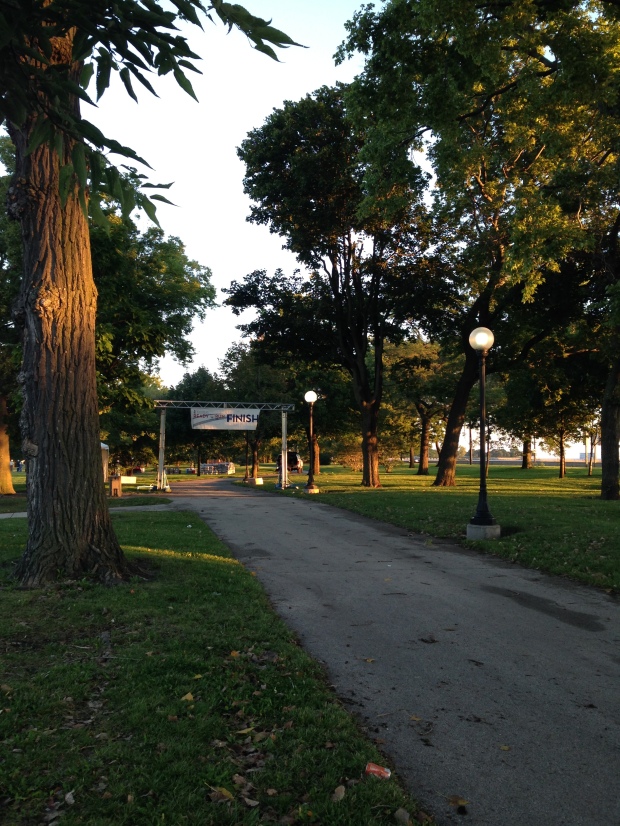 I was a lululemon representative at the 20 miler that the Chicago Area Runners Association puts on every year a few weeks before the Chicago Marathon. We all arrived at 7:00am to set up our signs, our tent and our freebies for all the runners. First of all, it was COLD. I ran to my car for five minutes at least three times that morning just to warm up. In related news it was 85 degrees in Chicago on Saturday. So, let me just tell you, if the apocalypse starts somewhere, I promise you it’s going to be in the Windy City. 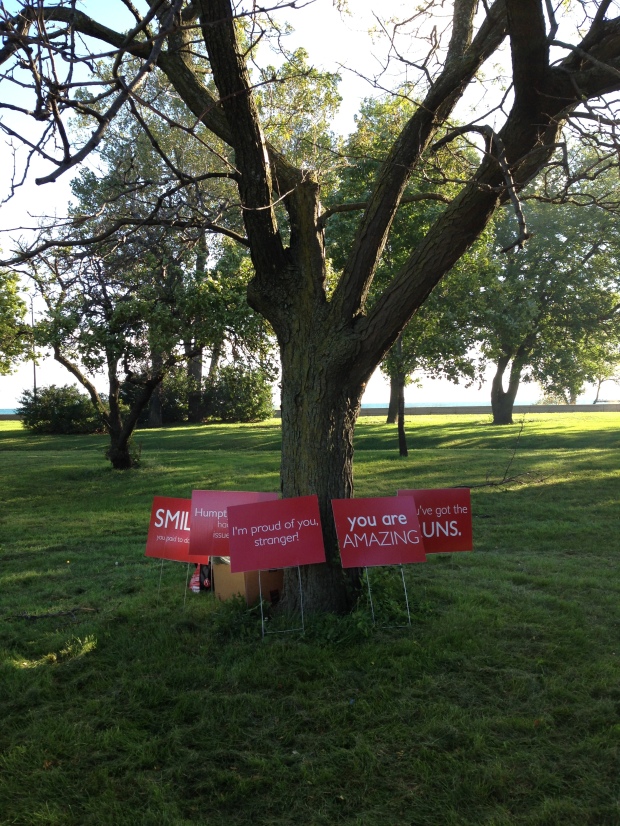 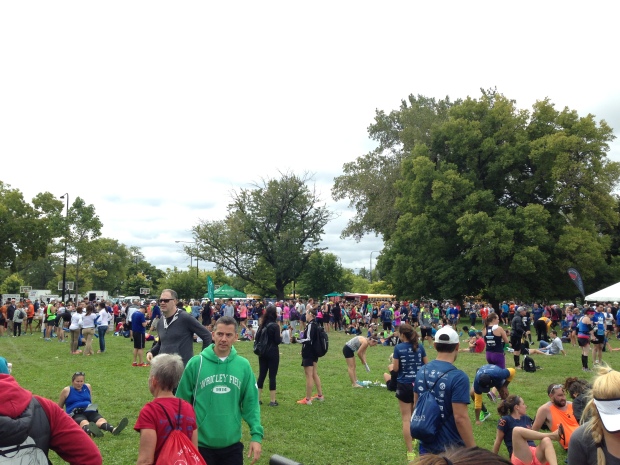 Despite the weather, it was a beautiful day. A few of us cheered on the runners (my favorite job!) while others handed out wet towels with eucalyptus oil on them for relaxation after the run. Others were stationed at the lululemon tent, handing out flip flops, CRAZY good granola, and foam rollers to borrow. Bethany, did you come try to find me? I heard someone was asking for me so if it wasn’t you I’m worried I might have a stalker 😉 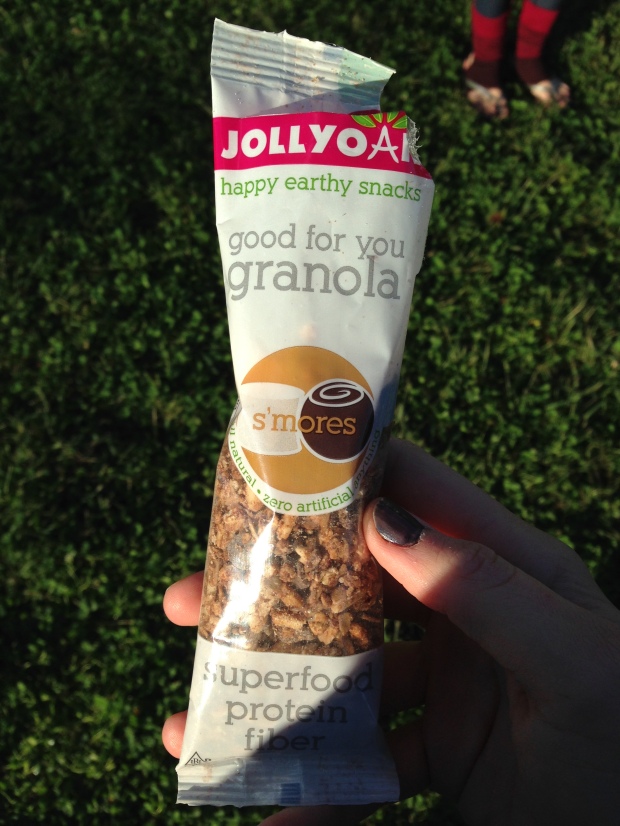 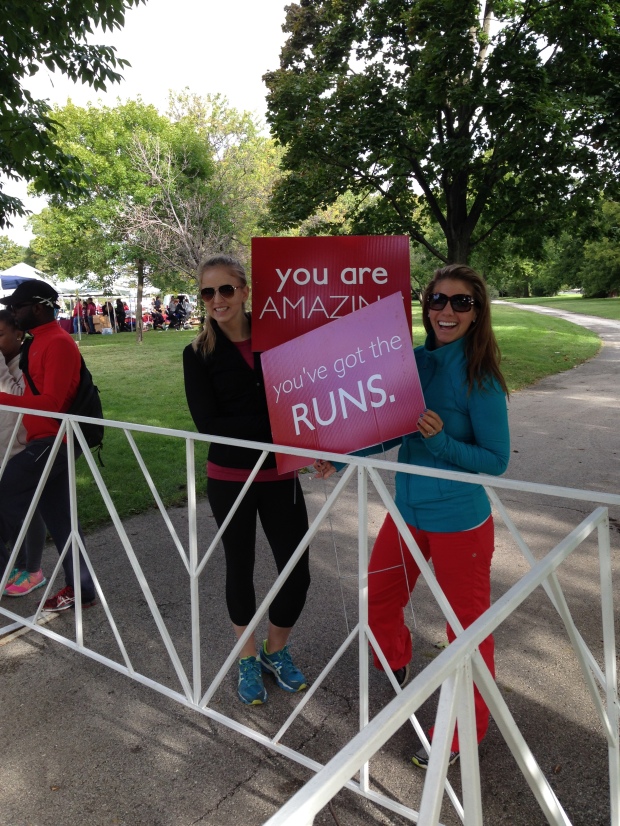 I’m not a member of CARA because I haven’t lived in the city permanently for a long enough time that it seemed like a good idea, but let me tell you: I love that group. The energy, the love of running, the people…it’s overwhelming! I had so much fun watching people of all different shapes, sizes and ages cross the finish line, having just accomplished a 20 mile run – and whether it was their first or their 40th, you could tell that every runner was so proud of themselves. I was so happy to be a volunteer!

That afternoon I made my way north of the city for Lakeview Taco Fest, where I probably brushed paths with Amy without even noticing. I still can’t believe we keep missing each other! 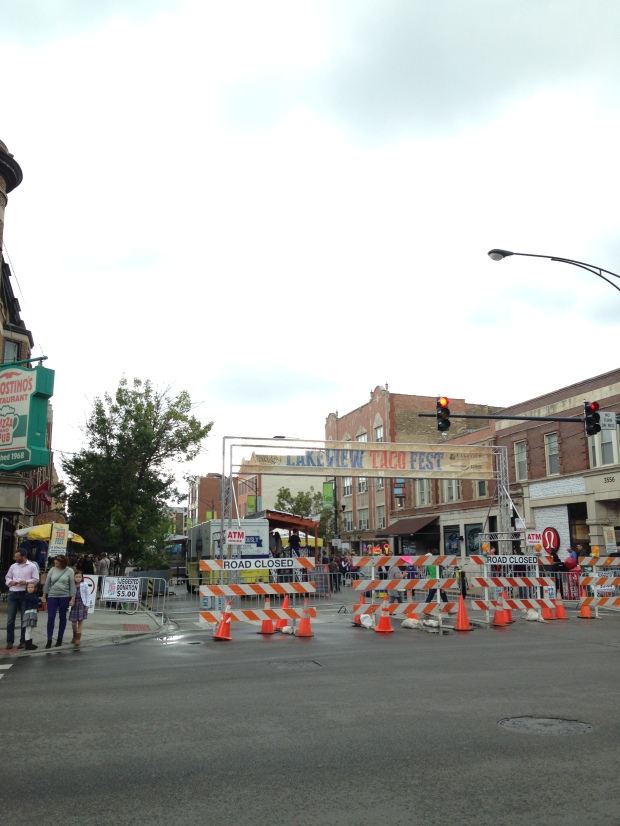 The highlight was the free wine tasting sponsored by Cupcake Wines at the beginning of the festival. I tried their prosecco (can’t go wrong) and a red velvet red, which wasn’t my favorite but my friends all agreed it’s now their new go-to red. Plus it was basically a wine truck – how much better does it get than that? 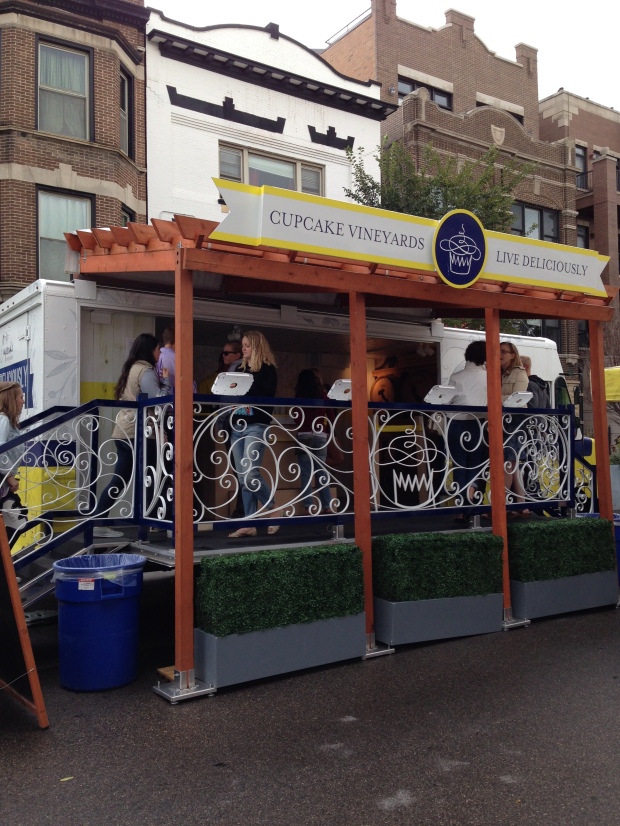 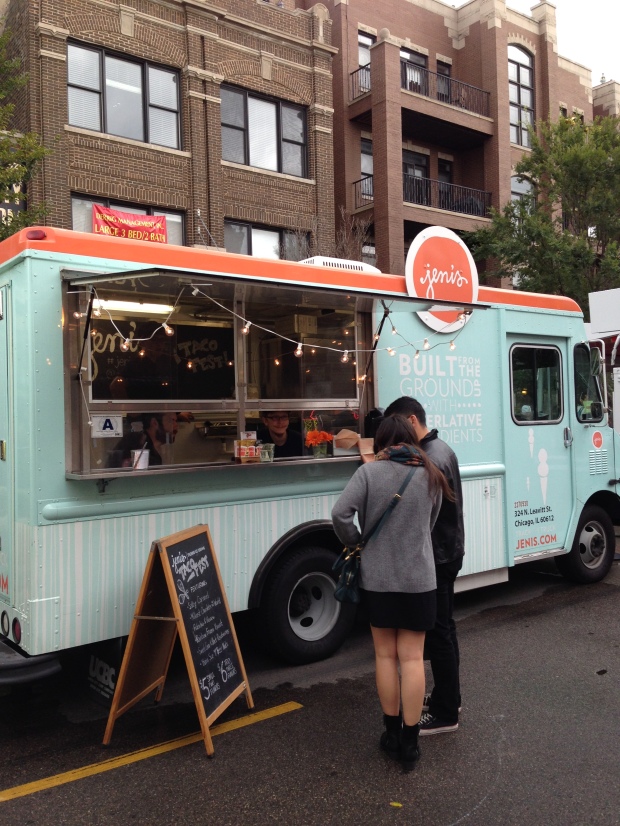 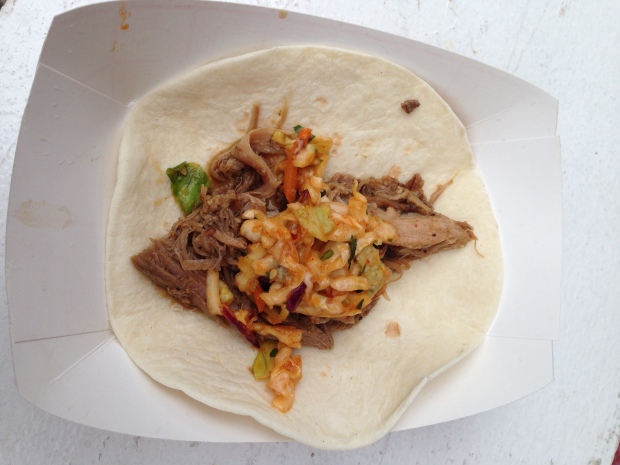 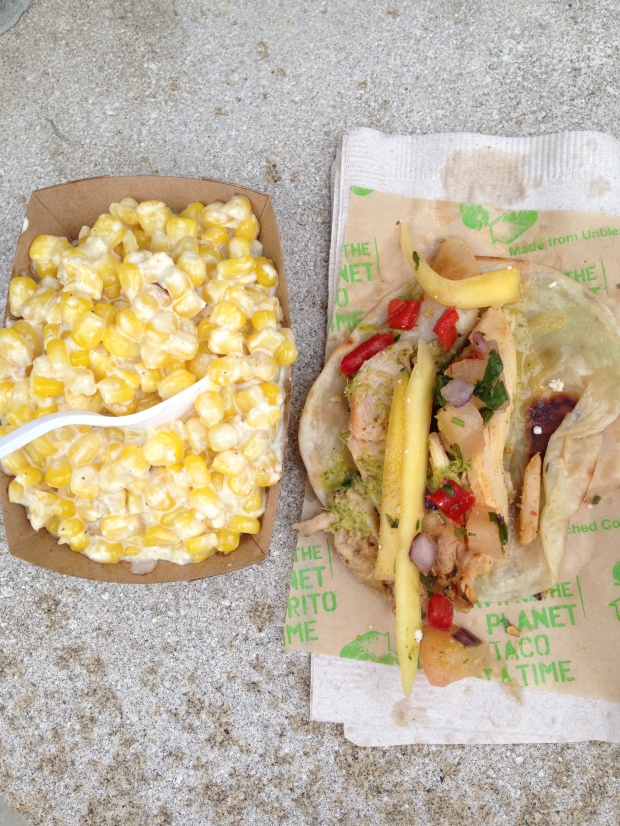 Smoked Chicken Taco from D.S. Tequila Company – another favorite of the day. The elote corn hash, on the other hand, was underwhelming. But it looked too beautiful to pass up! 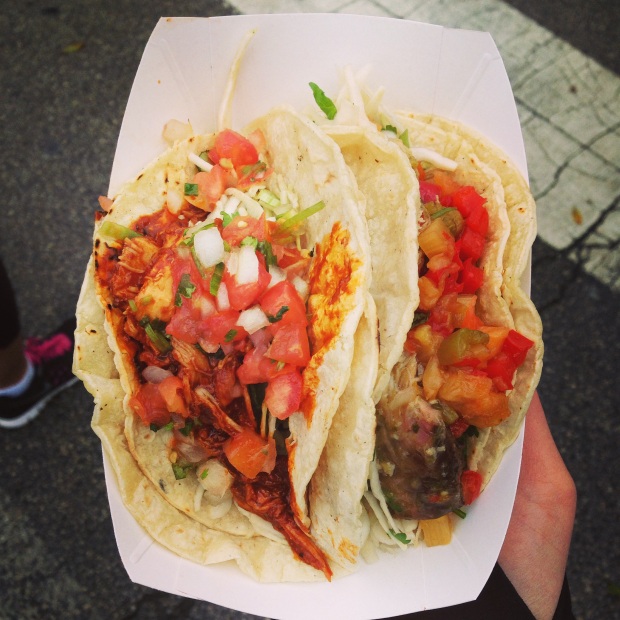 Rotisserie chicken taco + Smoke Daddy pulled pork taco from Crosby’s Kitchen – pretty tasty! The toppings were creative and delicious, but the meat itself was dry. I’ve heard it’s an expensive place so I’d rather spend less money at an authentic Mexican restaurant for better meat.

I left pretty stuffed, but in true Lauren fashion I was hungry three hours later. It just doesn’t end! I act like that’s a big burden in my life lawlz – like being a bottomless pit is some kind of cross I have to bear. I guess someone’s got to do it 😉 Oh, I also noticed after taking this picture that I’m making a fist. I’d like to think I’m just pumped about all the great tacos about to enter my belly. 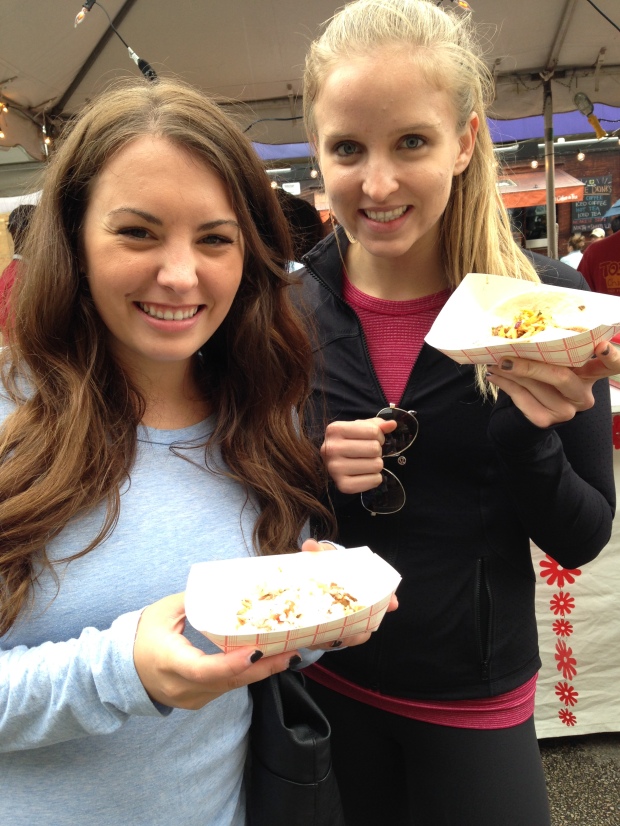 To end my weekend wrap-up I’m going to start posting my workouts on Monday from the past week in order to give myself some accountability. Granted, I know that life throws a wrench in your plans every once in awhile, but working out at least five out of seven days is a value I hold and it needs to once again be the rule, not the exception. I’m happy to report I kicked butt this past week!

Thumbs up all around!