Thank goodness February is basically over! Sayonara, see you later, adios, I won’t miss you. Other than that nice little day right in the middle of the month where I get to binge eat m&ms and get flowers, nothing about February is good. Yeah that’s a blanket statement and it’s probably pretty unfair, but it’s never been good to me. The way I see it is it makes me appreciate March even more! I love walking outside in March and just feeling Spring in the air. Can’t wait to get me some warmth!

Oy vey guys do I feel like I have lots to share today. Nothing serious but I’ve just been stumbling upon some of the funniest stories, cutest outfits, coolest facts, etc. etc. and I thought, who better to discuss this stuff than with my virtual friends??

Betches Love This – The Bachelor recap 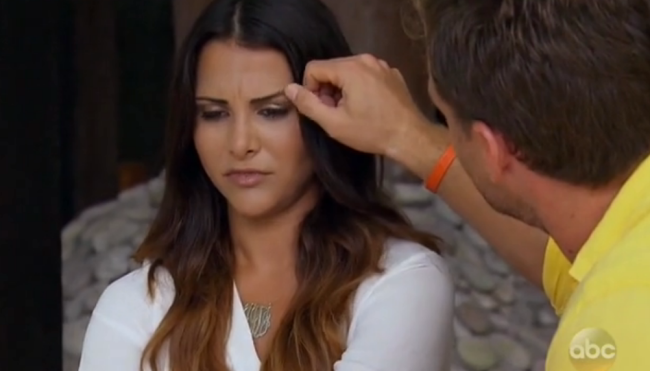 If you don’t watch The Bachelor you’re really missing out. This season is centered around Juan Pablo, the kind of man who is quite literally my worst nightmare. Not because he’s some arrogant jerk or tough as nails man who is incapable of intimacy. No, it’s because he just doesn’t care. He’s a 30-something man whose depth is as impressive as the shallow end of a kiddy pool. He is constantly asking the women questions like “Why are you thinking so much?” and “You’re so pretty…you’re so cute…this place is so pretty…I’m so happy.” I just want to send him a care package full of things like The Feminine Mystique, a Spanish-English dictionary, and a fucking Thesaurus. The man needs some new adjectives.  This week Andi, one of the FINAL 3 contestants basically had a mental breakdown because she realized this guy, the guy who could potentially propose to her in a week (which, as we all know, is a ridiculous premise of the show), had no idea who she was. And he genuinely had no interest in figuring it out. He loved that she was smart, he loved that she was beautiful and kind, but at the end of the day he was all surface. I know I’m young but as someone who’s been in a relationship for over three years I can definitively say that no relationship can survive on compliments and laughs. Relationships are about friendly debate about civic issues, fighting over why you don’t want to take out the garbage, and facing life’s tough roadblocks together: death, loss of friends, job changes, emotional instability, etc. I think JP seems like a nice guy. He’s the guy I’d love to give me a tour of a soccer stadium, shoot a ball around and buy me a hot pretzel. But I’m with Andi – you can’t just say everything’s “okay”. Feelings are important, and limiting yourself to just saying “okay” when someone challenges you is one of the most frustrating things I can possibly think of and I probably couldn’t handle him for more than an hour.  If you DO watch The Bachelor and haven’t read the “Betches Love This” recaps every week, do yourself a favor and read them,. I always laugh my butt off.

On that note, when did I become such a feminist? Oh that’s right, when I was 18 and finally looked up from my Facebook long enough to take a look around at the world and see just how shitty things can still be for women. You know what’s the funniest thing I hear whenever I tell someone that I’m a feminist? “Oh so I shouldn’t hold the door open for you?” (self-gratifying chuckle). Oh yeah totally—because I’m a feminist I would love it if your manners disappeared.

I don’t know exactly when or why I changed my views on the world. In fact, a few years ago I went to Washington DC and protested against the Roe vs. Wade decision, holding up a sign and marching with other protestors about the sanctity of life. My views on this great tragedy of life haven’t personally changed—but I woke up one day and realized that I am a smart, intelligent, compassionate, rational woman and I have the right to make every single decision regarding my body that I need to make, and I have absolutely no right to tell anyone else what to do. (Sidenote: I still respect both sides and know it’s a tough/emotional topic for so many people, but I wanted to share because it shows a little about my growth as a woman over the past few years). I’m not just talking about women’s reproductive rights either. The Affordable Care Act has, quite honestly, brought out the worst in people and has brought up many different debates including sex education, contraception, religious freedoms, safety, cycles of poverty, etc. It’s a problem that is so much more complex than just “yes or no” or “is it moral”. It’s an issue that should be faced with compassion and empathy. I’m lucky enough to have grown up in a time and place where I had access to education, but some people don’t. It’s as simple as that. So until we start addressing the ROOT of the problem, I don’t think that I or anyone else has the right to shame women for ANY decisions they make. (Again, respect to all).

Ok, unclench. The tough stuff is over 🙂

Betty White is older than sliced bread?? The last time the Cubs won a World Series the Ottoman Empire still existed??  France was still using the guillotine when “Star Wars” came out?

I’m signing up for this race today! I’ve never run an 8K before but since it’s right around 5 miles I think this is going to be my new favorite distance. Not only that but it’s at the end of March so I’m sure it’ll be decently warm without being uncomfortable. Plus people dress up and run around the streets of Chicago—I can’t think of anything more fun! Should I be a leprechaun? A pot of gold? A rainbow? A SHAMROCK SHAKE? The possibilities are endless.

As much as I love my long-sleeved baggy sweaters, boots and skinny jeans, I’m more than happy that spring fashion is in the air. Have you all ever heard of Piperlime? It’s an affiliate of Gap, another favorite of mine, but their stuff is just head to toe gorgeous. Please do yourself a favor and head over to their website and lust over their new arrivals for spring. I’m already formulating plots to make extra money this month so I can afford it. I’m ready to donate plasma—I just want this damn skirt.

Holla at my best friend Megan for taking a leap of faith, leaving her full-time job and pursuing something that will make her happy! I’m so proud to be surrounded by a brave woman like you. You’re an inspiration and I know this big risk will pay of tenfold! Let’s celebrate the way we do best – coffee or brunch

Have a great Friday!!