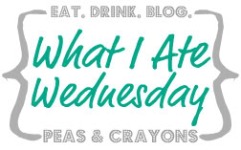 I cooked like a downright housewife yesterday.  It was a delicious day and I enjoyed it because lord knows I have time to brainstorm/prepare/cook recipes once a millennium.

Honey Nut Cheerios, flaxseed, and a banana with almond milk 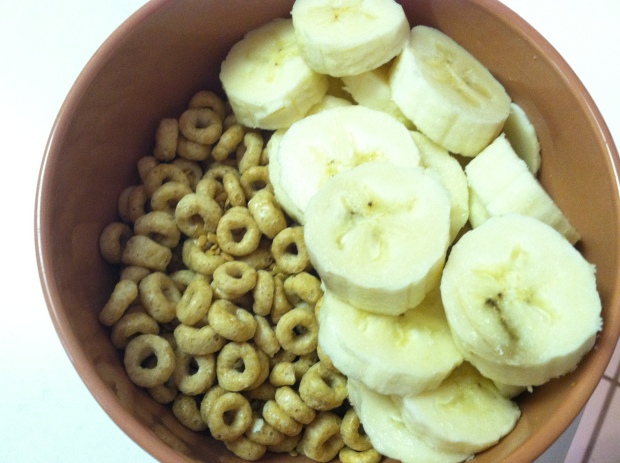 Next was my workout for the day, which was crazy and involved a move that made me feel like Spiderman. 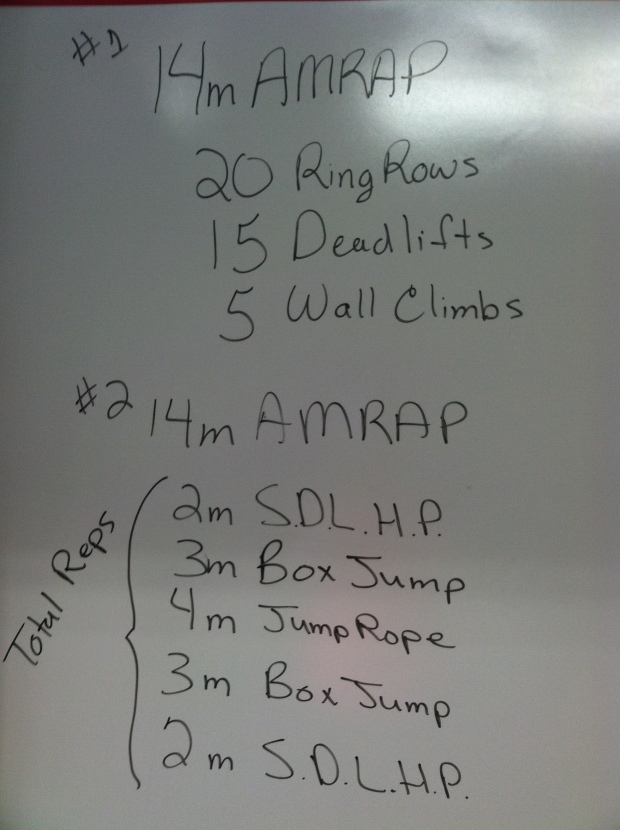 It’s hard to visualize, but wall climbs look like this: start in a push-up position with your feet against a wall.  Push yourself up and then move your feet up the wall behind you and walk your hands as close as you can to the wall. 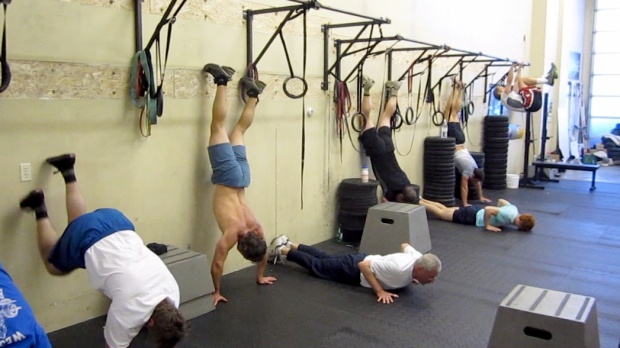 This picture does a good job showing the different stages of the workout.  It’s VERY difficult and even though I could barely move my arms to the wall, my arms and back are really feeling it.  The best part is that you can do this at home.  All you needs is a wall, so no excuses 🙂

I came home and literally dove head first into a few cups of coffee (with pumpkin coffeemate…I know, such a vice) 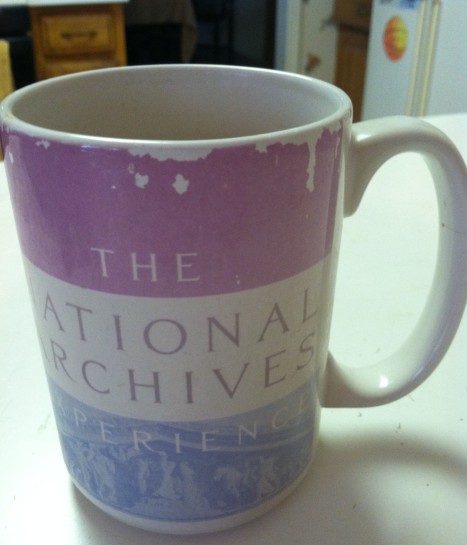 The coffee did a good job powering me throughout the workday.  I had a few projects to finish up, so I was busy all day. 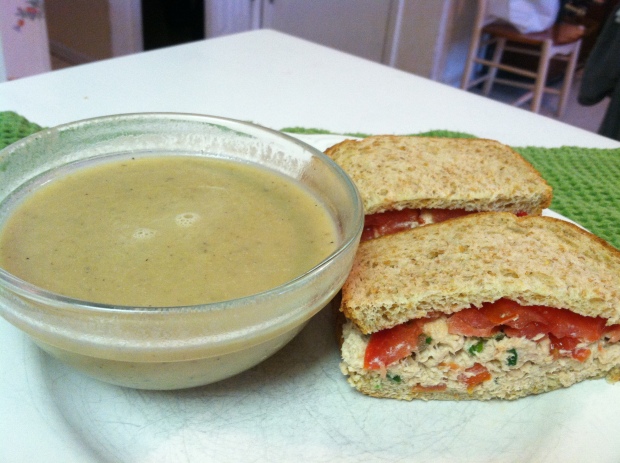 I made a tuna sandwich with sliced tomatoes and served it alongside a cup of artichoke soup.  I purchased the soup from the farmers market at the urging of a local vendor, and it didn’t disappoint! It was made with artichokes (first ingredient, always a good sign), chicken stock, onion, a little lemon, and cream cheese (weird but it helped make the soup really creamy).

Snacks were nothing out of the ordinary. I enjoyed a couple of my favorites throughout the afternoon. 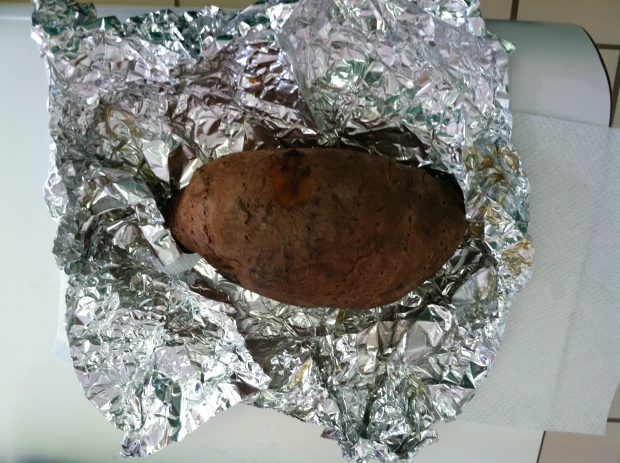 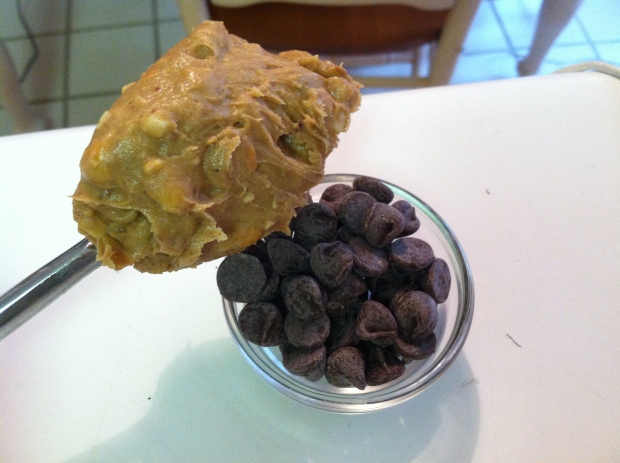 A roasted sweet potato and a spoonful of peanut butter with chocolate chips. It was sugar city but luckily the pb and sweet potato did a good job keeping me full until dinner.

I had the night off from the restaurant so I headed to the city to make dinner with Zman.  We went to the grocery store and came up with a recipe that we thought we’d both enjoy (we don’t like many of the same foods except pizza haha so sometimes it’s tricky). 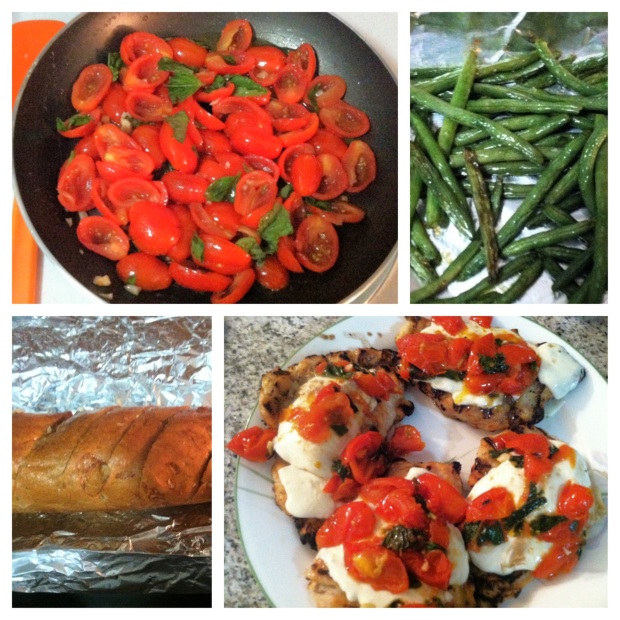 We came up with caprese chicken, garlic bread, and roasted green beans.  It was one giant experiment so I think I used more oil/butter than necessary, but hey, now I know (plus it was extra delicious).

As if I didn’t get enough sugar already during the day, we decided to buy a giant tub of vanilla ice cream.  I had a few spoonfuls along with some animal crackers and pieces of dark chocolate. Zman doesn’t believe in bowls. He also didn’t want to be featured on the blog so he decided to go incognito. It totally worked. 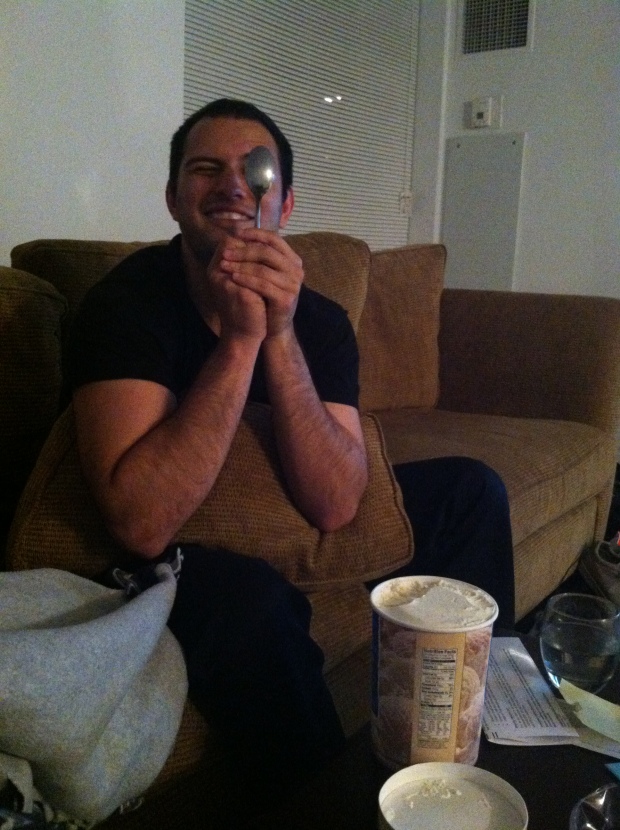 I was a hungry monster yesterday–blaming it on those wall climbs.  Spiderman tricks require superman fuel, right?

Also, I have to dedicate this post to my friend, Spencer, who just can’t seem to wrap his head around What I Ate Wednesday posts. I hope he can get over the scandalous revelation that these are actually Tuesday’s eats posted on Wednesday and go back to being an actuary and properly estimating people’s insurance rates (good guess, right?). Let’s stick to what we know, Spencer. Yeah?