But isn’t it pictures of food that brings you to blogs like this in the first place? I guess I really shouldn’t be apologizing but instead accepting “thank yous” for posting the following glorious food pictures–try not to drool on your keyboard (I’ve heard that computer warranties tend not to cover food envy-induced drool).

The weekend started with my early Saturday morning ritual: SPIN! 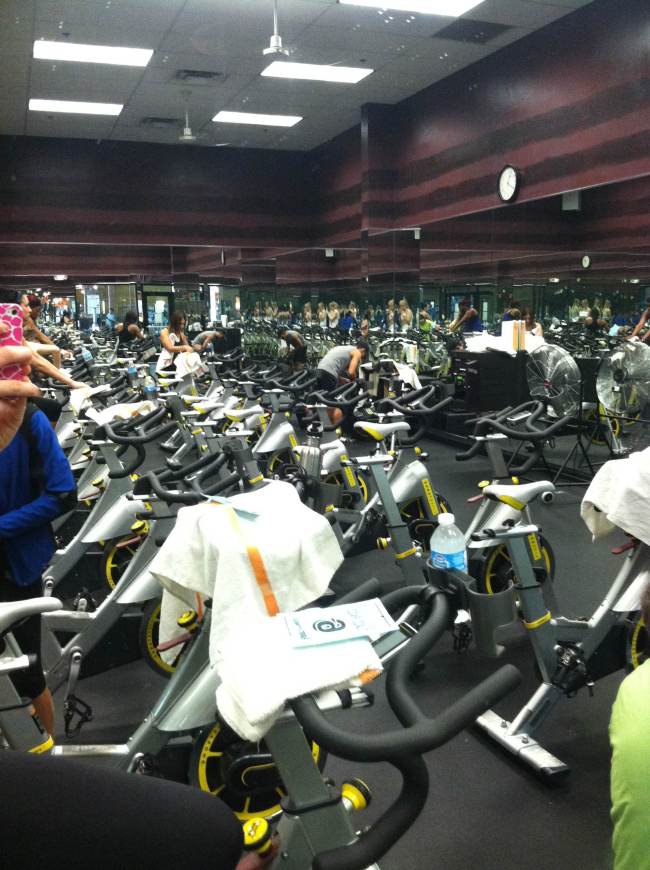 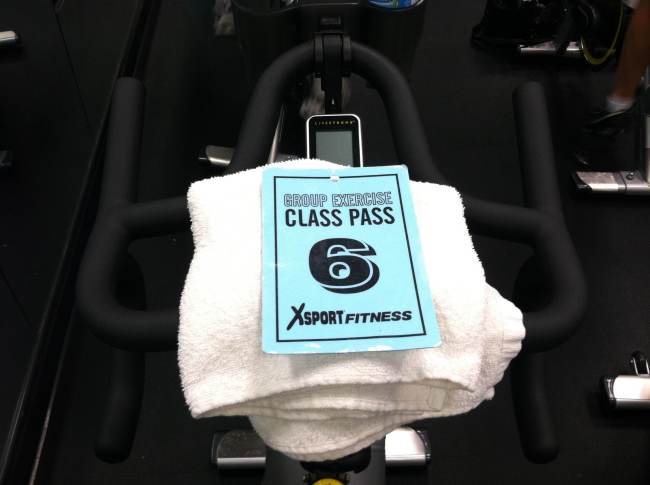 As usual it was heart-pumping, music-blasting, sweat-dripping fun! 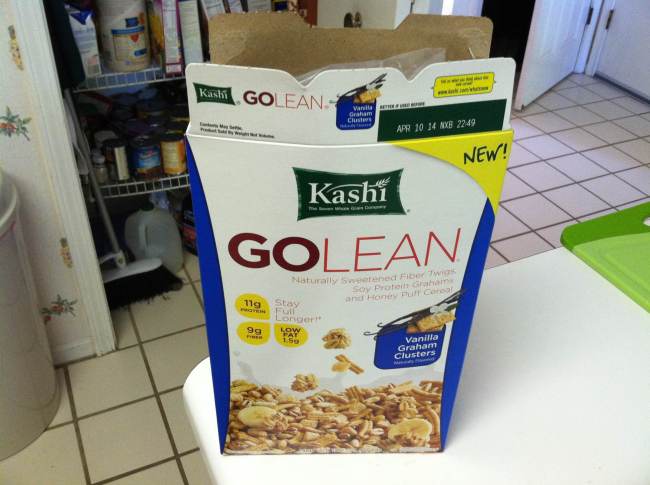 Verdict: it’s delicious!! I really love it and will definitely be getting this from now on. It’s a happy medium between the regular Kashi GoLean and Kashi GoLean Crunch, and with the banana it was the perfect amount of sweet.

I spent the ENTIRE day researching which type of laptop to get: a Mac or a new PC.  It’s an impossible situation because everyone has such a strong opinion one way or the other. On the one hand, I would like a Mac because it seems like it needs the least amount of maintenance (and as the least “techie” person in the universe, I really need something that doesn’t need “cache cleaning” or “cookie clearing” or whatever the heck good computer maintenance requires). But on the other hand, $1200 is a lot of dough to drop in one purchase. I still haven’t decided for sure but I’m leaning towards finding another PC.  We’ll see what happens.

Unlike many people, looking at technology is incredibly stressful and irritating to me, so as I did this I tried to create a new recipe. 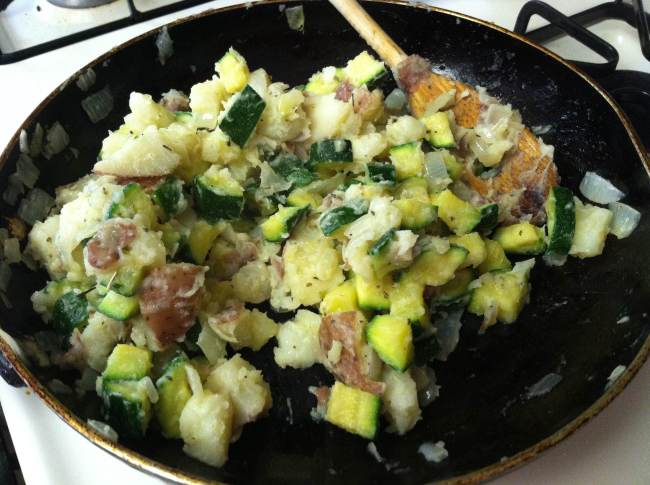 It was supposed to be a frittata, but the potatoes were a little too overdone so I decided it would make a better side dish. Zucchini, onions, potatoes, and Herbe de Provence, all mixed with one tablespoon of butter and some salt. I wasn’t sure how it would taste (as you can see it’s not the prettiest dish) but man was it yummy! Definitely had a Thanksgiving-feel.

I had to work at the restaurant last night but luckily I was cut early.  I was able to catch a train downtown at a decent hour and met up with Zman and his roommate, who just happens to be my good friend from high school (funny how that all worked out!) We decided that we wanted to have a quiet night in so we went to Walgreens, got some snacks and picked up “Django Unchained” from Redbox. We were all set for a movie night! 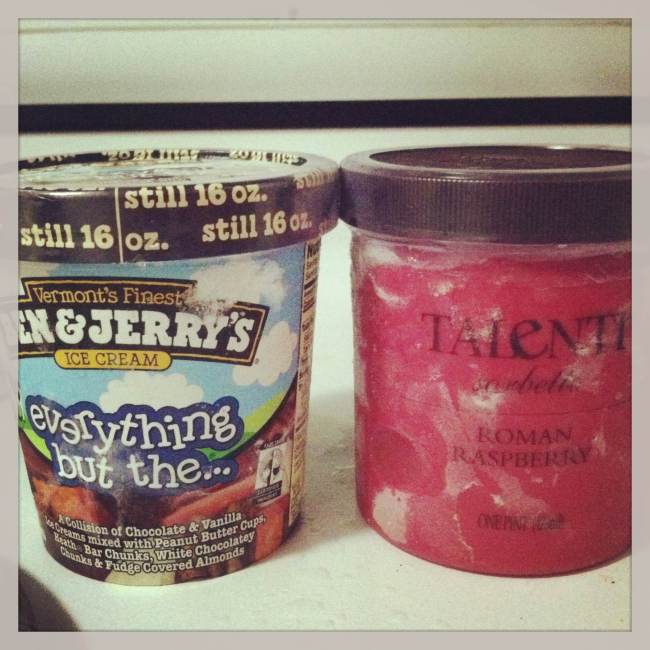 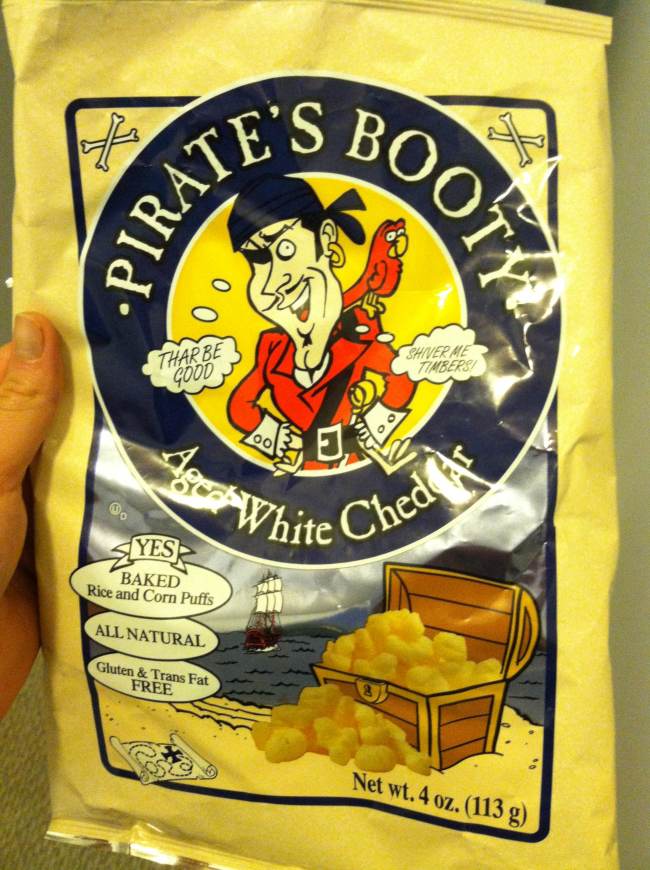 That movie–wow. While pretty cartoonish (thanks Tarantino), it was so eye-opening. It was such a fun night and I went to bed stuffed and on a sugar-high.

PS why has the world been hiding Pirate’s Booty from me? SO GOOD! It tasted like healthy Cheetos!

Today we woke up ready for a lazy Sunday.  After mass we walked to the Hershey Store, Ghirardelli, Whole Foods, and Giordano’s. I think it’s safe to say where my interests lie. 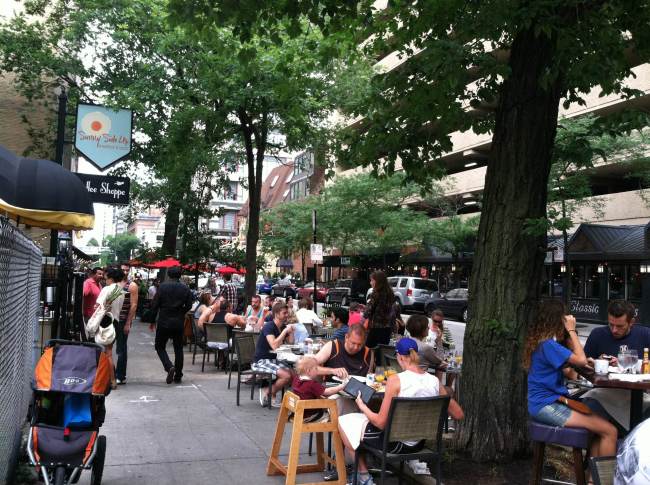 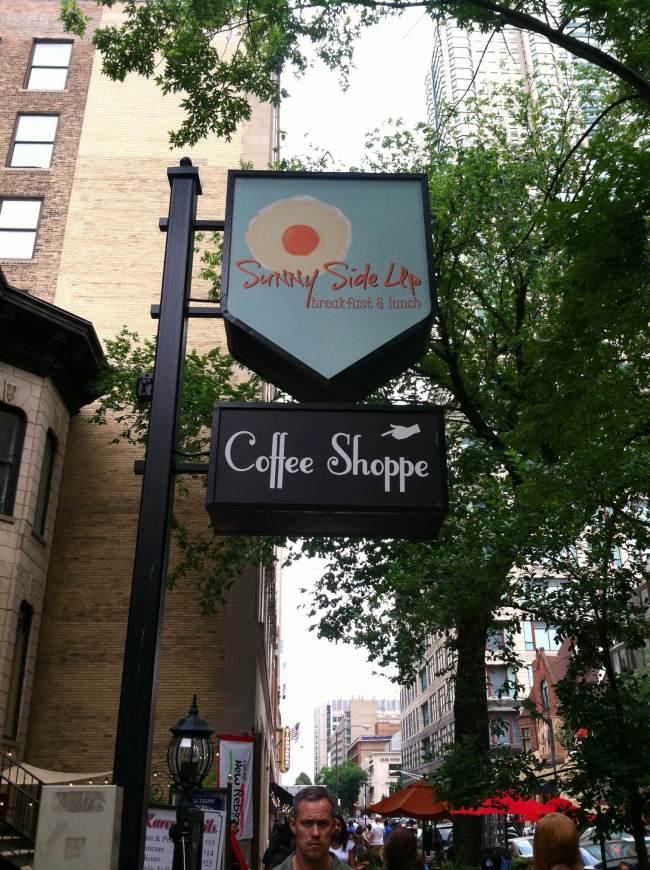 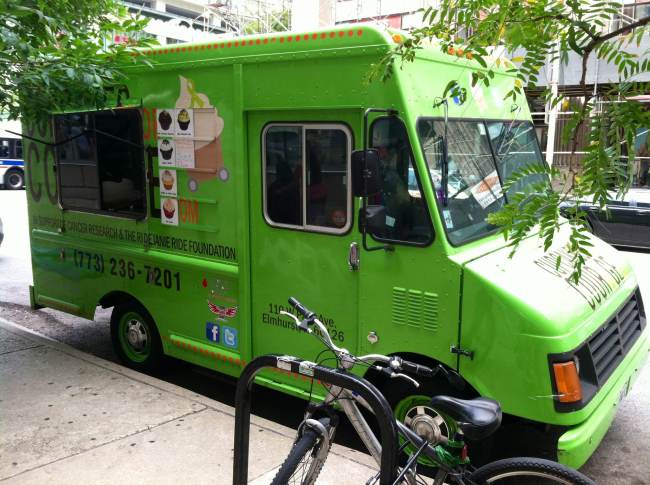 Cupcake truck! Could there be anything better? 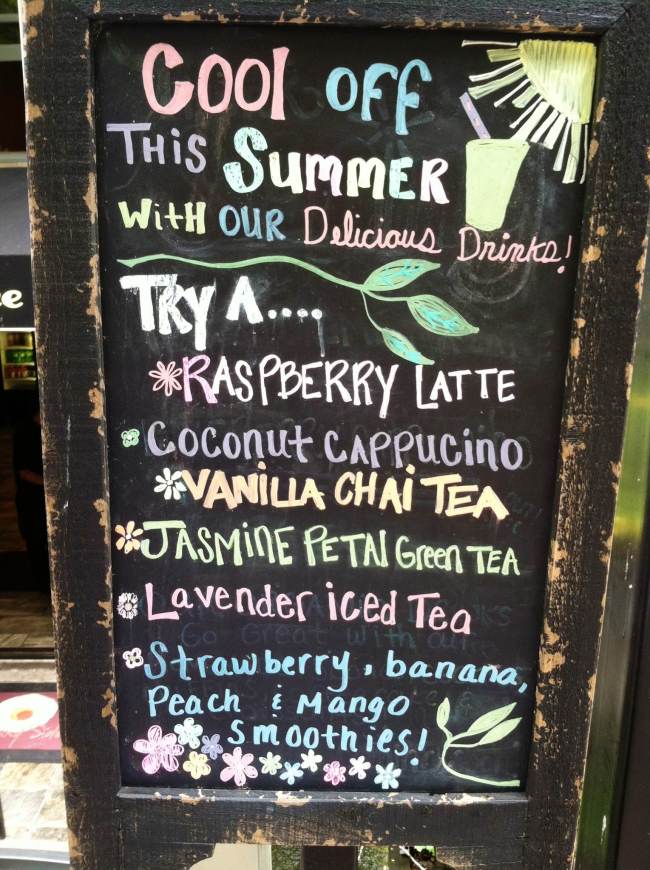 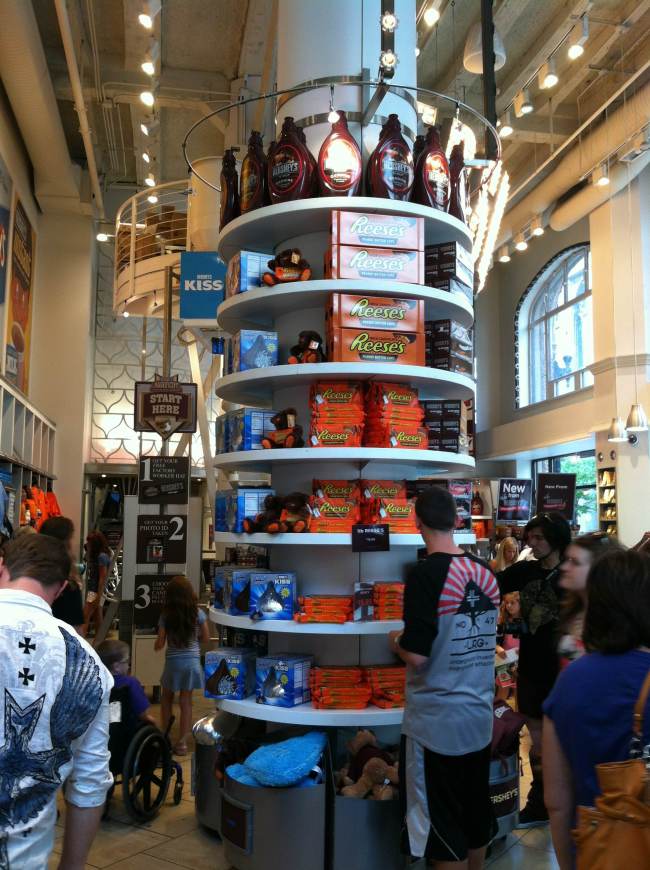 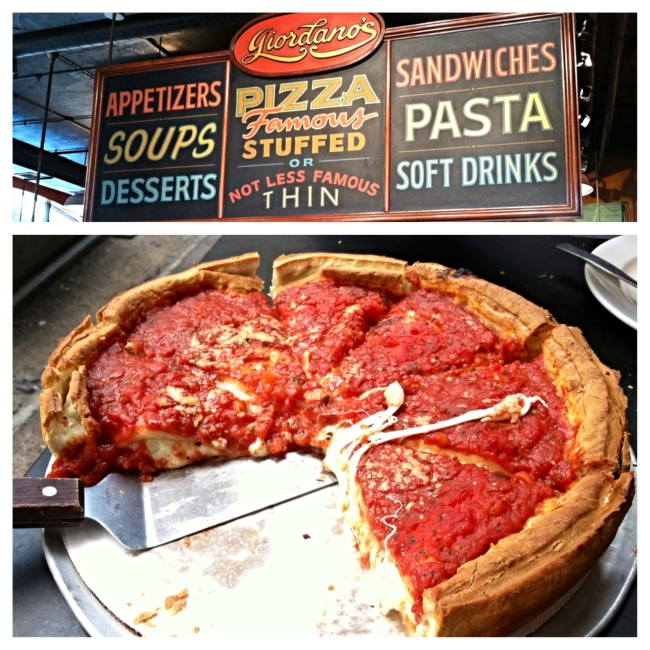 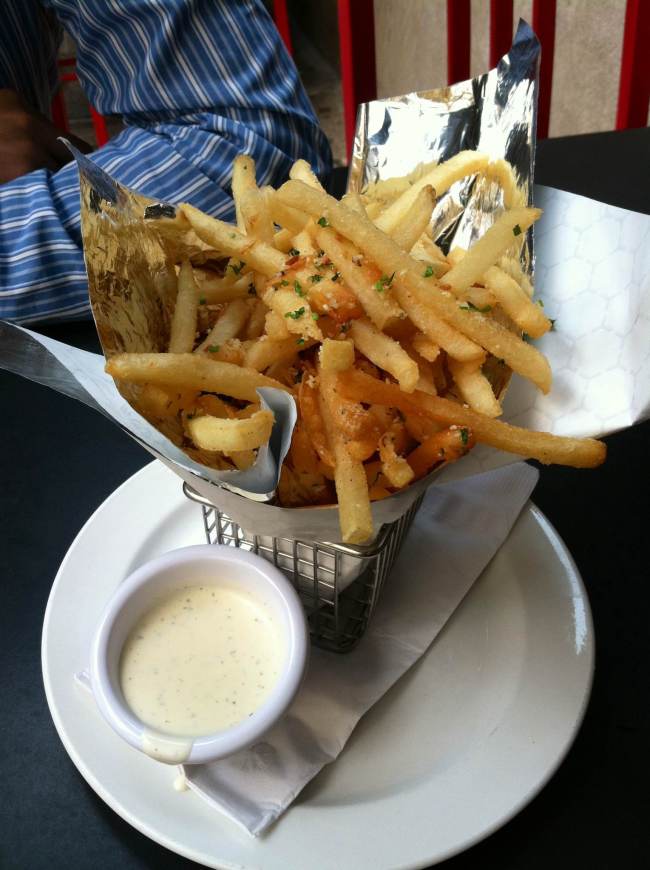 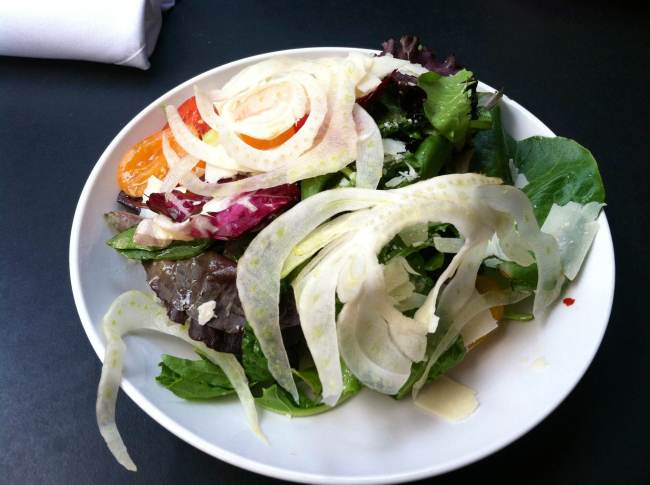 Surprisingly great side salad from Giordano’s with a lemon vinaigrette 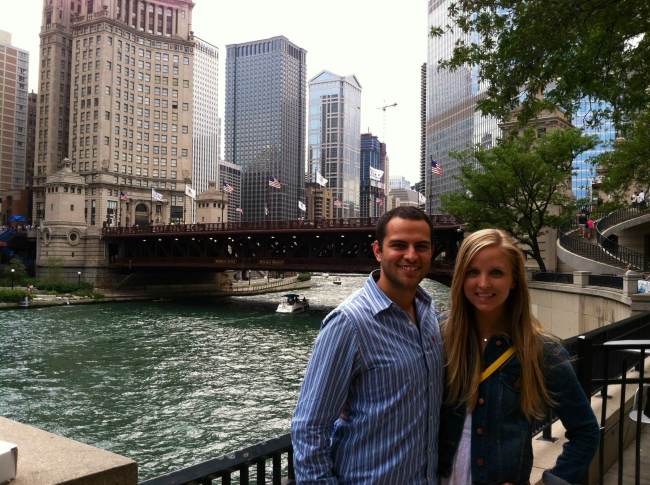 We spent the rest of the afternoon walking along the Chicago River. It was a gorgeous day out and we were so happy to just spend some time together before we go back to spending our work weeks apart.

On my walk back to Union Station to catch a train home, I snapped this pic of the Sears Tower at night. I’m so lucky that I get to spend my weekends in the greatest city in America. 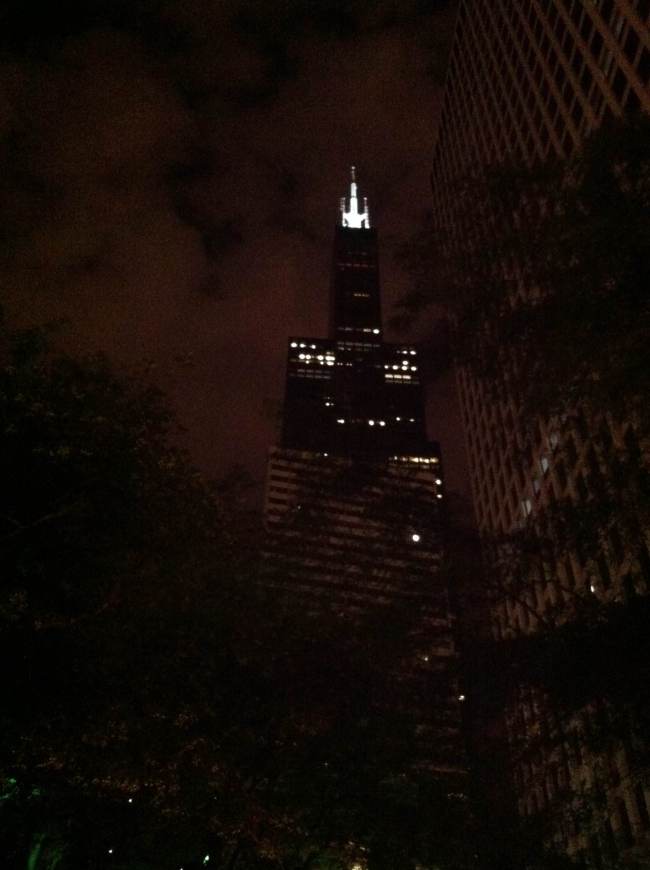 I start an internship tomorrow which will have me in the city even more often. I’m still going to be waitressing some nights in the suburbs, however, so I’m going to be a busy bee. Good thing that’s the way I like it! Here’s to a new chapter, starting with tomorrow 🙂