Happy Memorial Day, folks! I hope you’re starting your day with some exercise, followed by a big ol’ cookout and time spent with friends and family.

I’m grateful to live in a country where people have fought for my freedom. I was just watching Anthony Bourdain’s “Parts Unknown” and on this particular episode they went to Myanmar. It’s unbelievable the restrictions and censorship that still exist well into the 21st century. I definitely take liberty for granted sometimes, so it’s good to stop, pause, and remember those who cared so much about defending freedom that they died.

The weekend started early with our Girls On The Run Community Impact Project. The girls decided to raise money for PAWS by hosting a bake sale during their lunch periods. I went to the school early Friday morning to drop off cookies and help set up 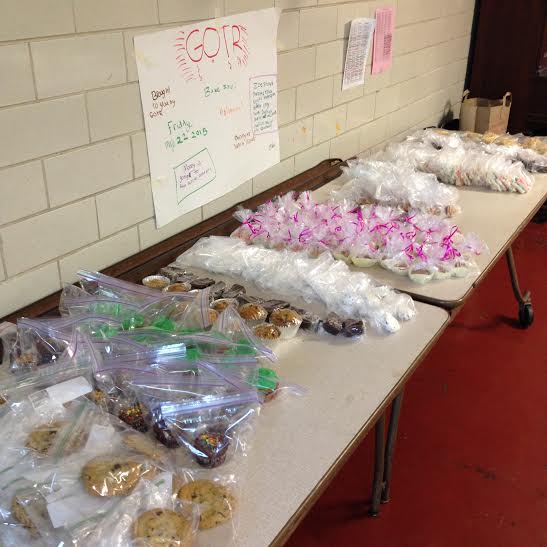 Impressively enough, the girls raised $430! I’m thinking there were some overly-generous parents, otherwise there may be some new cases of diabetes at that school. However it happened, it was exciting to see how into it the girls got. We’re hoping to go to PAWS this week to drop off the check and really show the girls how to impact their community from start to finish.

Friday night was low-key because I had to be up early Saturday morning and lead run club for the store. My alarm went off at 6am Saturday morning and I immediately started thinking of all the excuses I could come up with to skip the run. Alas, I was feeling to mature and responsible so I was out the door in ten minutes and on the path. 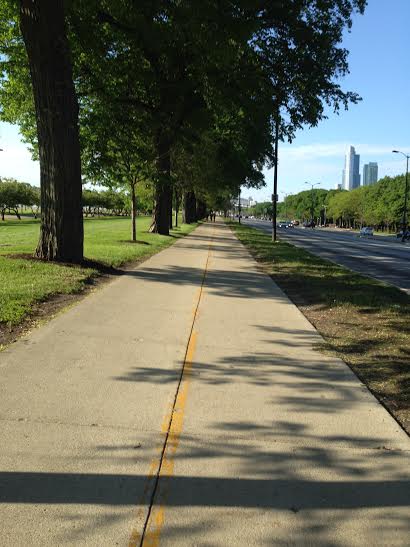 Even though it was early in the day, it was hot as hades. Within the first mile I was sweating like a chicken on a rotisserie. My running partner had some sage advice for me that I’ll definitely remember next time: “If you’re not cold when you leave the house for an morning run, you’re going to be too hot.” Preach, Tommy, preach. I felt like an Amish woman covered from head to toe, and was not pleased.

The only solution was to 90s-it-up and tie my jacket around my waist. High-fashion rolling, that’s for sure. 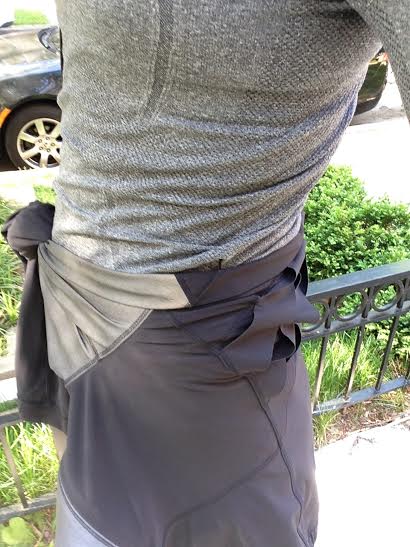 I’m so happy that I womaned up and completed the run. The best part about running groups is they keep you going, that’s for sure. I know I would have walked a portion of the 7 miles due to the heat but, being the competitive spirit I am, I didn’t want to in front of the other runners. Success. 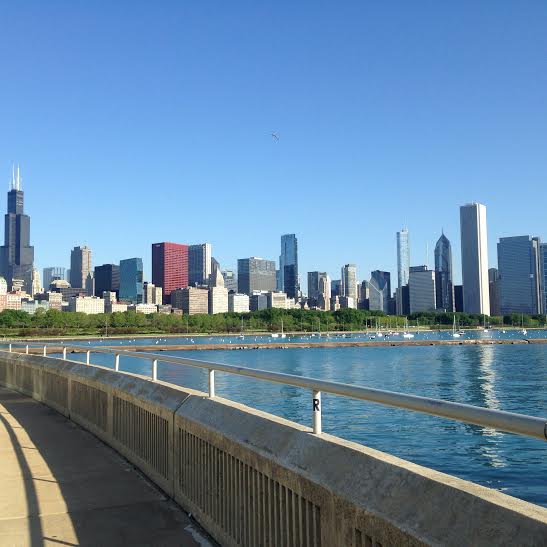 The views always keep me going too. Chicago comes alive in the summer.

I took the whole weekend off of work and made the most of it. After some stretching and icing, I made breakfast and then Megan and I sat outside on our porch in the sunshine. 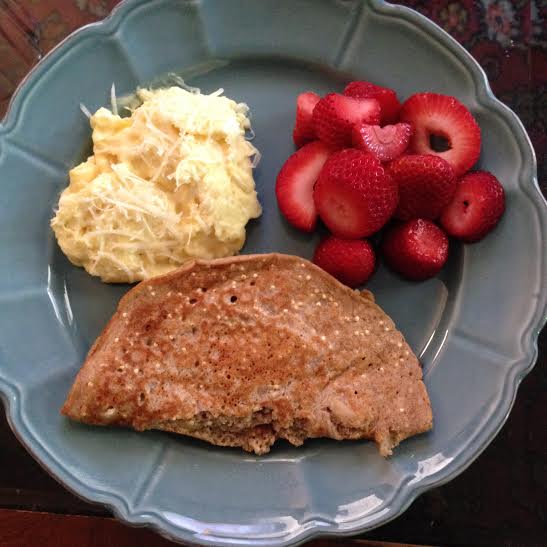 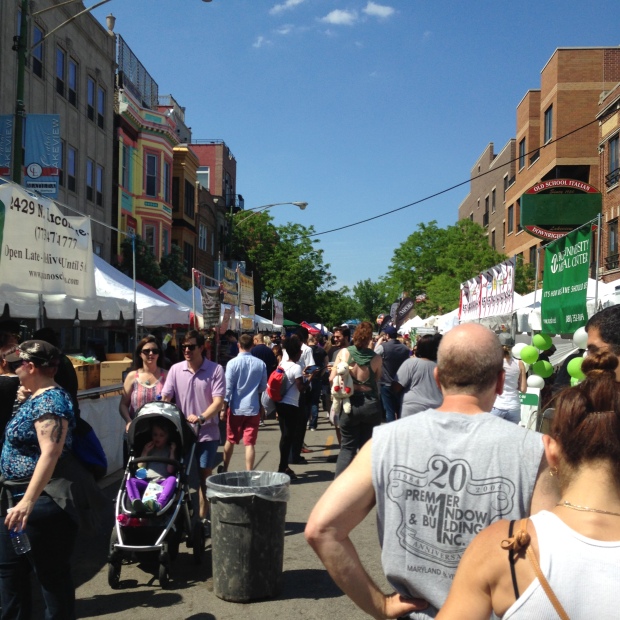 We enjoyed some cinnamon-sugar mini donuts, 312s, and live music. Even though it was a No Doubt cover band (I do NOT like Gwen Stefani) it felt like the official start of summer. And that felt great.

Dinner was out in the Wicker Park neighborhood where I met up with some of my coworkers. Big Star is known for its margaritas and summer patio scene, so when you venture out there, you can expect at least a two hour wait. 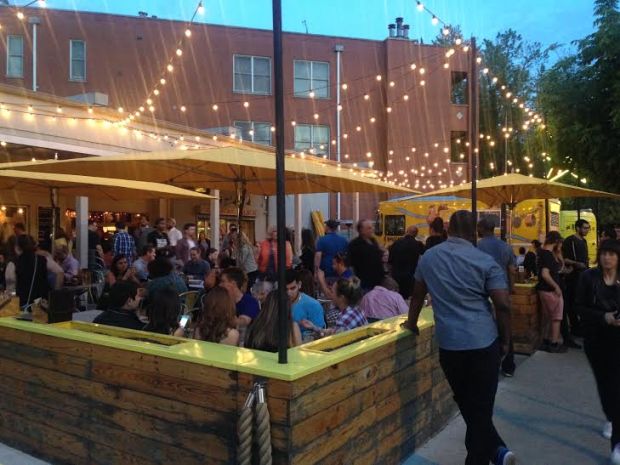 We waited about an hour and a half for our table and then immediately ordered a pitcher of margaritas and some snacks. 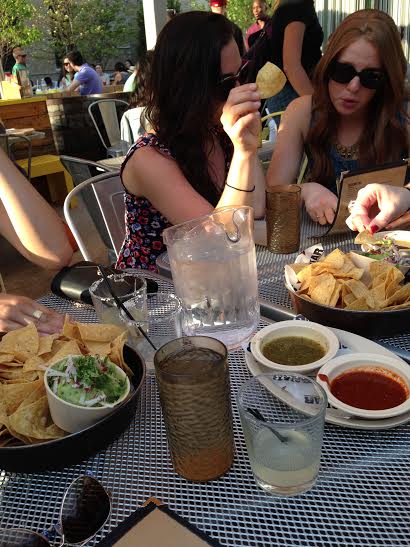 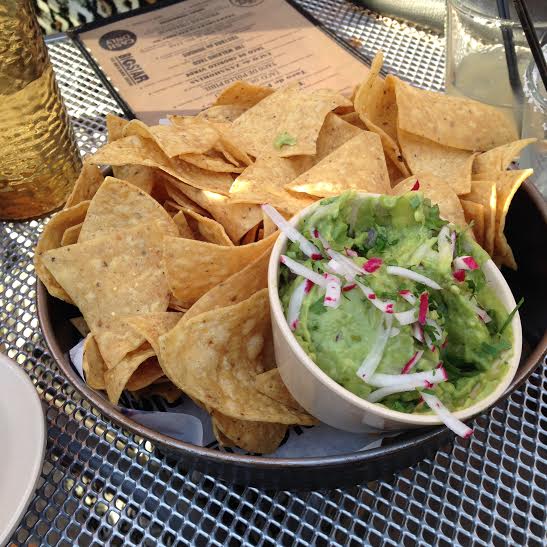 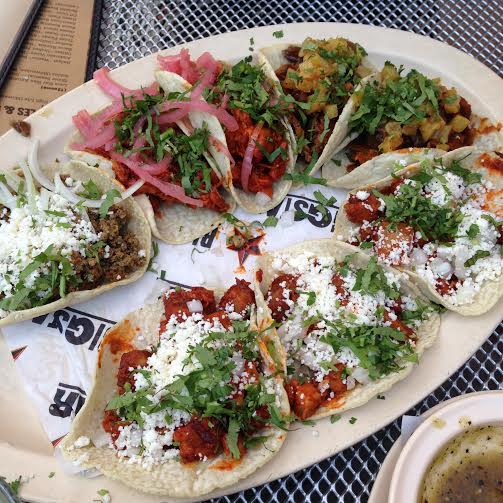 The guacamole and margaritas are my favorite things at Big Star, but since it was a long day and I was hungry, I tried a few of their tacos. I’d had the fish and pork shoulder taco before, but this time I tried some newbies: 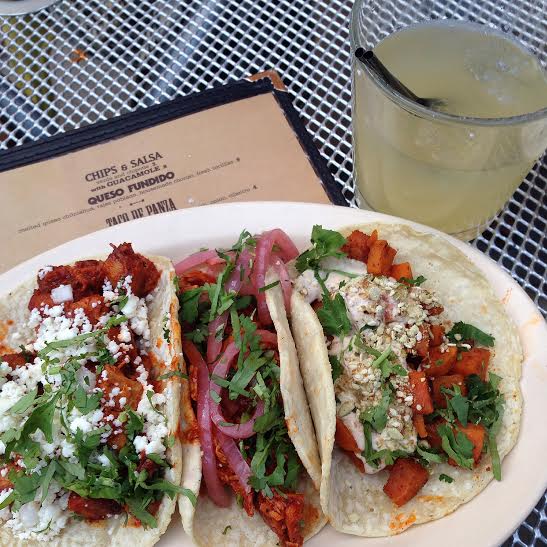 I loved the chicken and pork, but the carrot one (on the far right) as extremely underwhelming. The waitress said it was her favorite…further proving that I will I never be a vegetarian. Nothing can compete with meat.

After a busy weekend, I made a last-minute decision to go home and spend some time with my family. I tried to stay away for awhile but I just like those people way too much. So I had a lazy Sunday, capped off with a movie I’ve been wanting to see. 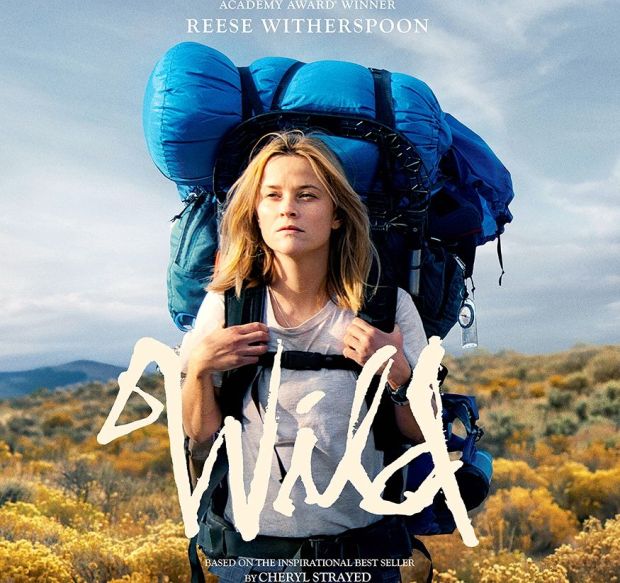 I feel like everyone can relate to this movie somehow. It definitely struck a chord in my heart.