Happy Monday! I worked a lot this past weekend so I’d be lying if I didn’t say that some of these pictures were from the end of last week. But regardless, the weather is finally cooperating, making it officially summer in Chicago! (Sidenote: no matter the weather, someone around me is ALWAYS complaining. First it’s too cold and everyone’s like, “where’s summer?” and now everyone is complaining about the heat. At what point do people just STFU and enjoy the day?) All I know is, when it’s light out until 8:30pm and the whole city is out playing softball and drinking beer on a Wednesday night, I’m happy. 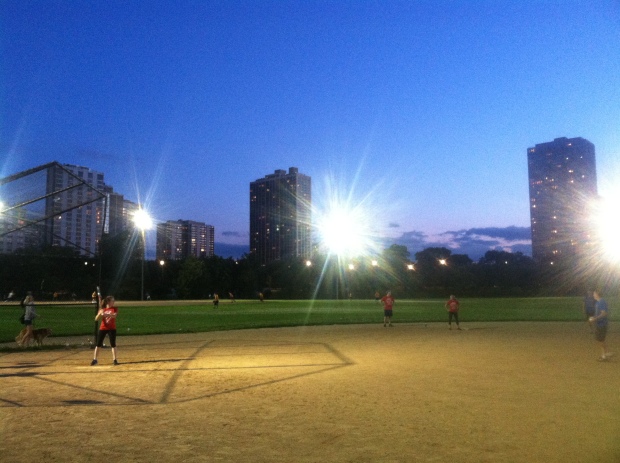 PS if you are good at something in fifth grade and try again when you’re 23, you most likely will suck at it. But it was a blast!

The highlight of my weekend was a run that I absolutely crushed! I felt like my old self again and it was a fabulous run (minus a bug flying into my eye). 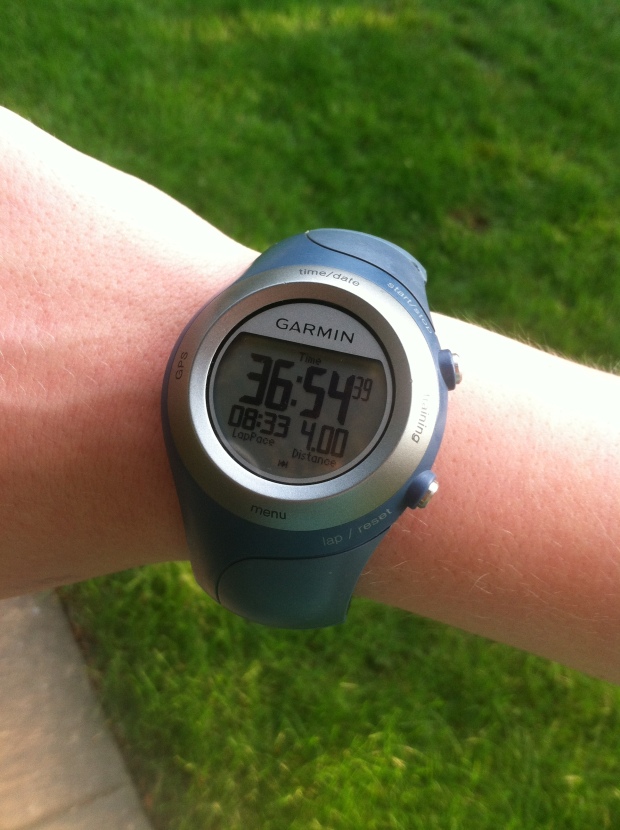 I’ve also been doing a bomb job of sneaking veggies into things every which way, so thumbs up all around! 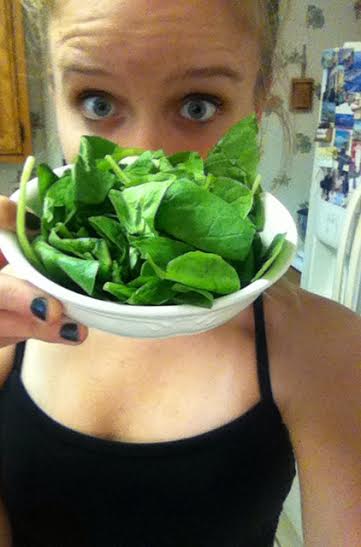 I also tried a Flywheel class for the first time and absolutely LOVED it. The instructor was so passionate about what she was doing and really gave 100% to the class. That always makes or breaks classes for me, and a reason why I can’t wait to be an instructor one day. Someone needs to share the kool-aid with me that makes them so peppy, though, because even after a few cups of coffee I can’t pull off that level of cheer. Something to work on 🙂 I’ve done spin classes before but this was my first experience with cycle shoes. Luckily pretending I knew what I was doing worked this time around and I didn’t look like a total goober. The best part was a song she played…it was a mashup of “I Want It That Way” (BSB) and “I Could Be The One” (Nicky Romero) – if anyone has any idea what I’m talking about send it my way because I haven’t had any luck finding it!

I’m also pretty sure I’ve become too comfortable at Starbucks. Their soy iced coffee + spinach/feta wrap happens at least two times a week and my wallet isn’t happy. But my stomach is, and in the battle of Hunger vs. Wallet, hunger always wins. 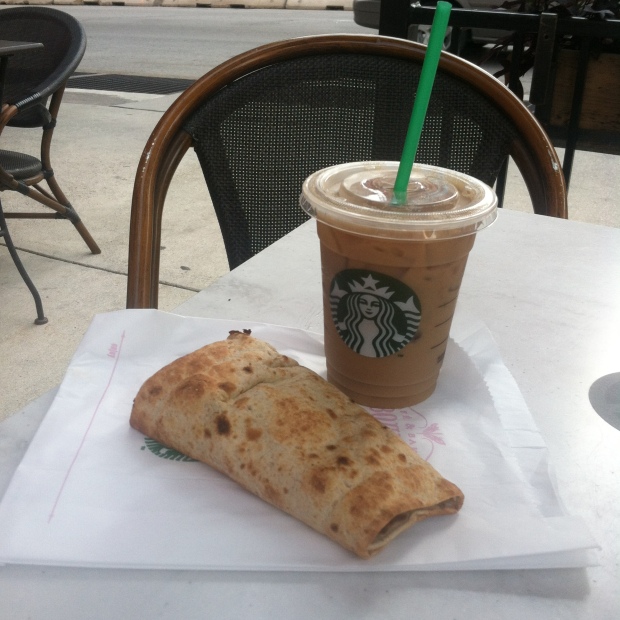 In case this post hasn’t been random enough for you all, I can’t leave without including best thing(s) I ate all weekend.

On Friday a few friends and I went out for dinner and drinks. I mentioned last week that I’ve been on an Office-watching bender, and ever since I saw the episode where they went to Benihana, it’s been on my mind. I’ve been craving Japanese food like crazy, especially since it’s not something I eat very often. So on Friday night I managed to convince some of my girlfriends to meet up there. 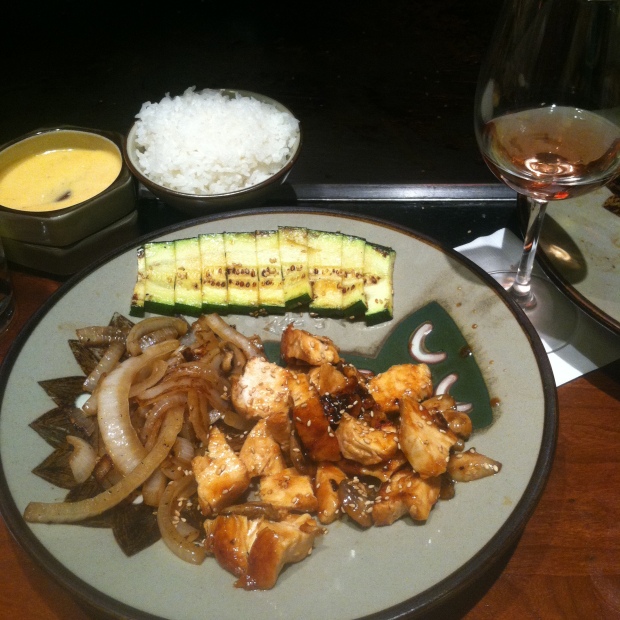 Terriyaki chicken never. gets. old. So sweet, so buttery, so delicious. The zin tasted like church wine, though, so I think I’ll be trying something else next time.  I love hibachi grills because the whole meal is a production, with separate courses and communal eating. Not enough of that happens these days. 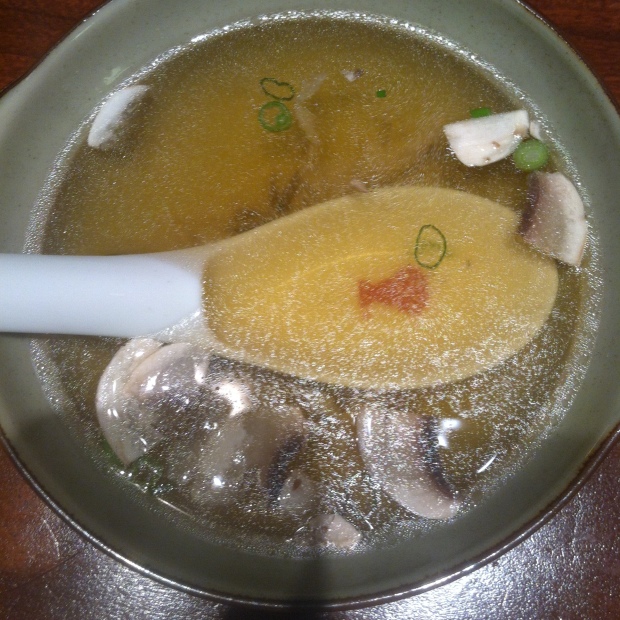 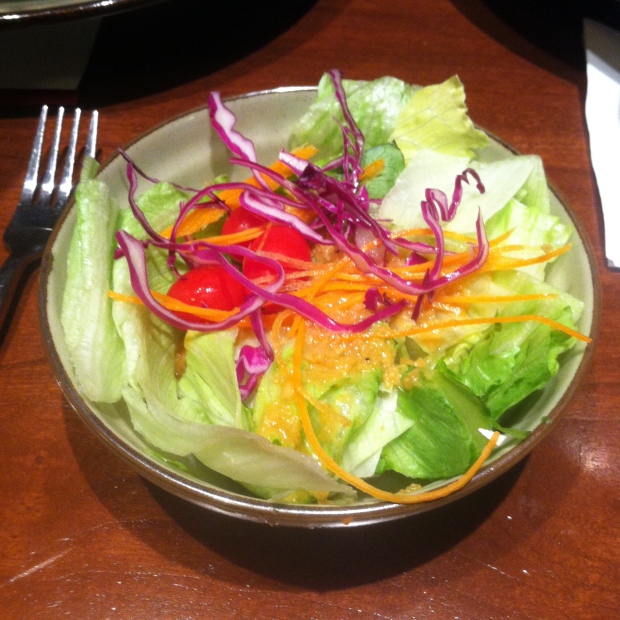 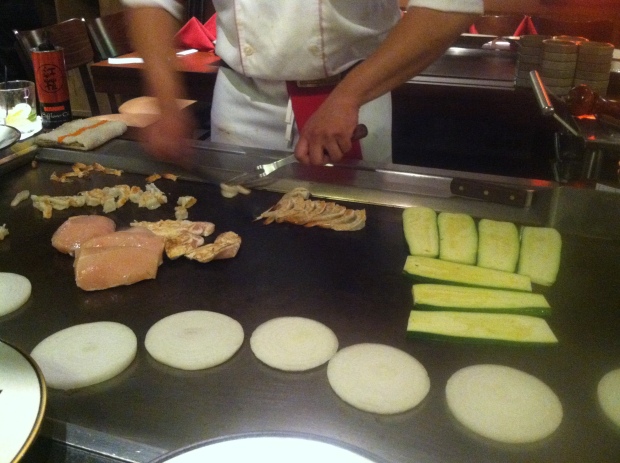 After dinner we went to a local martini bar for a few drinks. I have never had a dessert martini before so I quickly decided on a Vanilla Cake martini that dreams are made of. 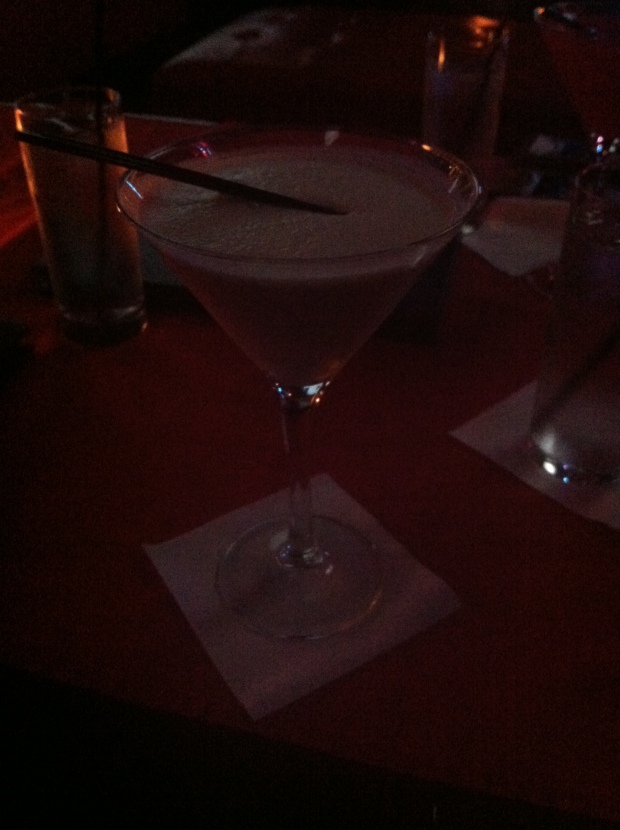 I followed it up with a Key Lime martini, which I closed my eyes and pretended was this: 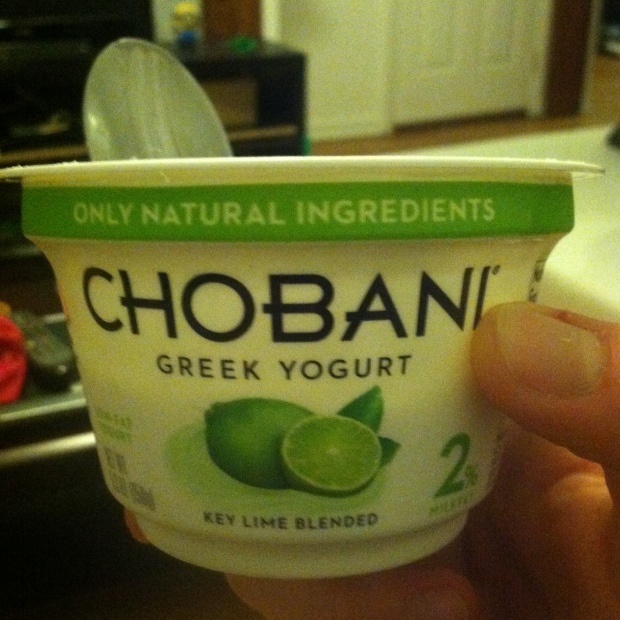 All in all, a wonderful night with my girlfriends that felt like we were starring in a suburban version of Sex and the City. 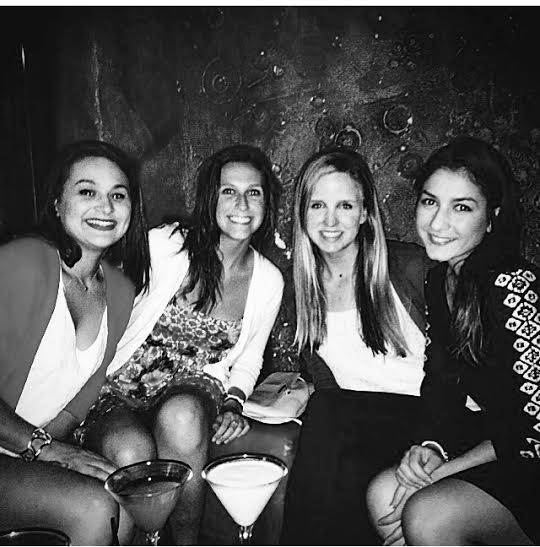 If you stuck around for this whole post, you’re a trooper.