Have you ever looked something up on urbandictionary.com? It was one of those sites in high school that we all thought was soooo great because of its hilarious and often inappropriate definitions.

Today’s bootcamp consisted of mostly burpees.  In total, we did about 10 minutes of them nonstop.  (On a separate note, even lifting my coffee mug when I got home was difficult. Sore to the max).

If you aren’t familiar with the exercise, here’s how urbandictionary defines them:

Aaaaand just like that urbandictionary takes the words right out of my mouth.

So even though I feel like Betty Spaghetti typing away right now, I guess it’s time for What I Ate Wednesday!  Here are my eats throughout the day yesterday.

That workout this morning had my body BEGGING for protein, so that’s what I gave it.

Throughout the day I was hard at work on a new project, but in my down time I roasted two small sweet potatoes, topped them with truvia and cinnamon, and snacked away. This was so good! I usually roast them to make fries but I wanted something sweet and this was perfect. 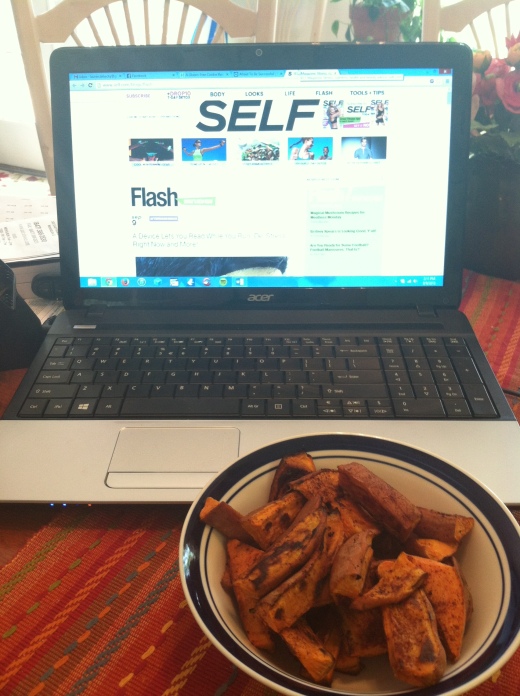 I had lunch later in the day once I got off work (I’m done now around 3:30).  I threw together a black bean/veggie quesadilla and it hit the spot. I even had to run to the store to get salsa but that is the determination I have to fulfill a craving 🙂 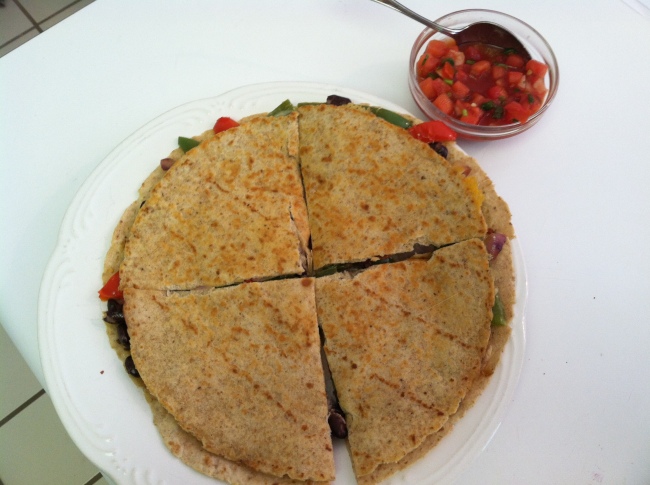 Two whole wheat tortillas from La Tortilla Factory filled with 1/2 cup shredded mexican cheese, sauteed peppers and onions, and black beans. Bowl of salsa on the side, duh, since I am the condiment queen.

I ran to the grocery store with my Mom after she got off work to pick up a few things, and by the time we got home my whole family plopped down on the couch to watch Shark Tank.  It’s one of the few shows my family all loves so it’s such a blast to watch together and comment either on how dumb or brilliant people’s ideas are.  Plus this week is ABC’s “Shark Week” (haha copycats) so it’s on every night!

Dinner was simple because we were all so engrossed in Shark Tank. 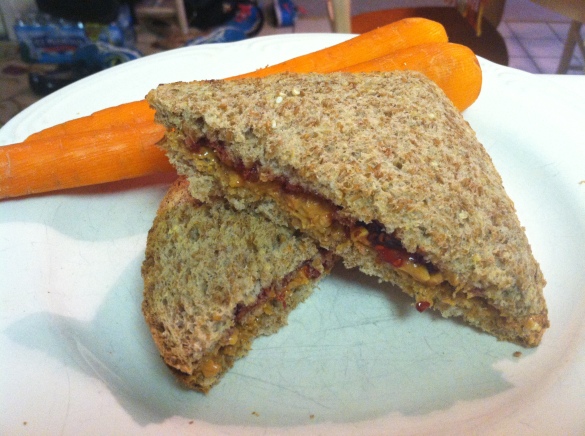 Sometimes only a PB&J will do 🙂 yum

After dinner I finished off the TJ’s chocolate covered raisins that I bought awhile back. They were great while they lasted! I wasn’t as big of a fan of the yogurt covered raisins or the sea salt caramel butterscotch caramels so I’m pawning them off to my friends and family haha.  That chocolate covered toffee popcorn, however? Oh that didn’t last more than a few days. That stuff was crack

Around midnight I ate a bunch of fruit in bed watching Scandal. I guess I’m getting a little better at the whole “no snacking in bed thing”

considering I used to be quite the midnight cereal killer. 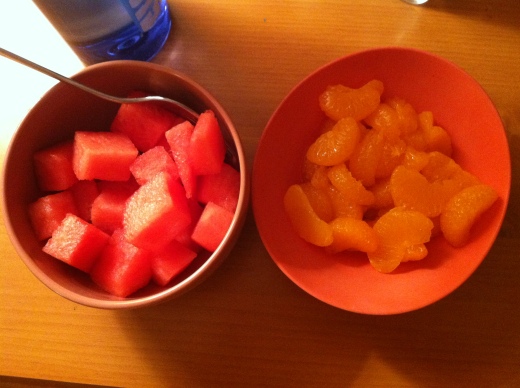 Another day of fun, colorful eats. Happy Wednesday, everyone!