Let’s talk for a minute about vulnerability.

Just kidding don’t worry. We all know what vulnerability is. It’s letting people see the side of you that sometimes doesn’t shower for three days but instead uses a heck of a lot of baby wipes and dry shampoo. It’s not hiding the fact that you can’t store a box of animal crackers in your cabinet without eating the entire box. It’s apologizing when you’ve done something wrong. And it’s flaunting your flaws (because covering them up all the time is exhausting). It’s so easy for me to write these posts and not allude to the fact that I’m having a really shitty day. Even though I know that people appreciate and relate to the ups and downs of life, it’s not the most fun thing to write about. So enough words, let’s just jump right in. My skin is the worst it’s been in my entire life. And that’s counting those awkward teen years and the year I decided that peanut butter was its own food group. I don’t know if it’s stress, my diet, or I’m just blessed, but it’s out. of. control. Normally I can cover it up — I’ve become a master of disguise. But today? I woke up and didn’t want to leave the house. I know, I know, that’s dramatic. But I had a dermatologist appointment and wanted to get a run in so I knew I couldn’t put makeup on before I left. So I spent my day in public with the worst acne I’ve had in years, and I was so sad about it. I know appearance doesn’t mean everything but every time I made eye contact with someone I felt ashamed of myself and looked down. I never understood why some people say that certain conditions make them not want to leave the house, but honestly, yesterday, I didn’t. Leaving my dermatologist yesterday I walked up to the CTA stop and had two choices: one, go to a crowded gym and run, like I’d been planning all day, or two, go home and wallow, because I honestly felt like absolute garbage about myself. It took everything I had but I chose option one. I knocked out five miles on the treadmill and, what do you know, the flush from the workout actually made my skin look a little better. It was humiliating but I did it. I let myself be vulnerable. I kept thinking about all the people I could possibly run into, and what on earth would they think if they saw me without makeup, but even though my mind was saying one thing, I forced my body to do another. I just did it. And now, me and my pepperoni pizza face are feeling just a little bit better. 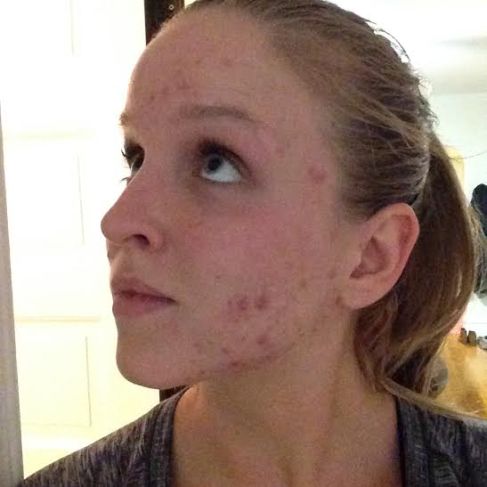 I upload a lot of photos on here. But you can’t just upload the pretty ones and expect people to get to know you. So I’m putting it up on the internet for all the world to see, all in the name of vulnerability. And I’m pretty sure I’ll wake up just fine in the morning and life will go on.

On a different note, let’s talk that FITNESS CHALLENGE I mentioned on Sunday!

For the month of March, I will be participating in a #100milemarch challenge. That means that over the next four weeks I will run 100 miles (shouldn’t be too tricky considering I averaged 30 miles per month through this brutal winter). I’ve been lucky enough to get my fitness in other areas (spin, yoga, sculpt, and Shred), but I really want to focus on running, my true love. So what better way to dive back in than with a challenge?

#100milemarch is a way to hold myself accountable. It’s a lofty goal but I know I can do it, especially if I have all of you to hold me accountable too! I’ll be logging the miles on Instagram as well as Twitter, so feel free to follow along or do it with me!! You know you want to…

It’s still pretty icy out so say hello to my home for the next four weeks: 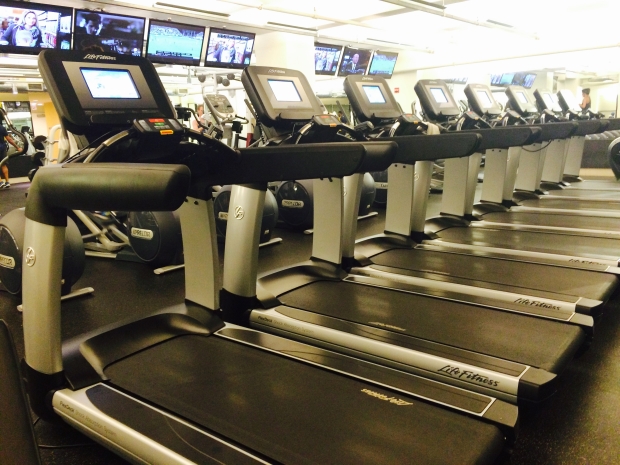 But hey, they have CABLE! The finest luxury in all the world! So I might even be finding myself there for more reasons than just running….

#100milemarch is going to kick my butt. But it’s going to help me focus on my goals for the upcoming running season: (at least) one half marathon and the Chicago Marathon. Because just being able to bust out six miles doesn’t mean that 20 more are going to be a piece of cake. Right, Suz?

Leave a Reply to Lisa @ Running Out Of Wine Cancel reply